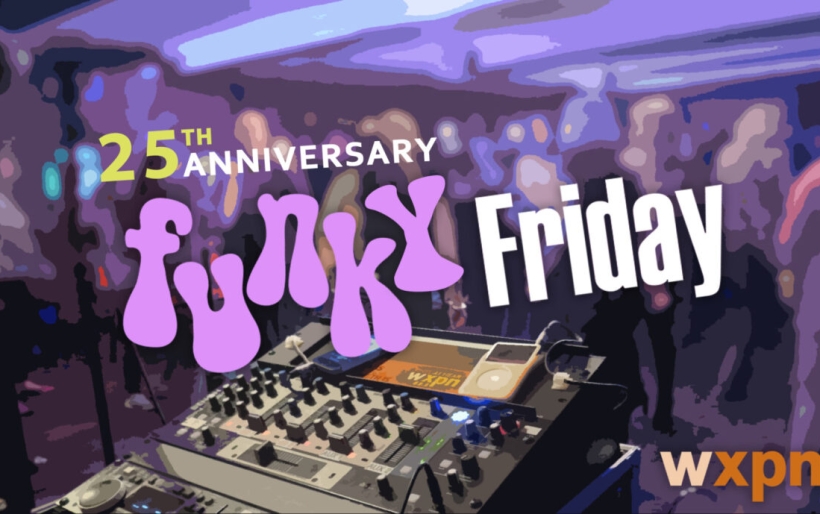 Since mid-1995, David Dye has hosted Funky Friday, which was launched on a hot Friday afternoon in August 1993 by then-WXPN DJ Elise Brown. As the show grew in popularity, it has expanded in length, and can now be heard every Friday from 4 pm to 7 pm.

Dye, who hosted WXPN’s nationally-syndicated music program World Cafe from 1992 to 2017, was already widely known as “Mr. Friday Night” from hosting The Friday Flashback for more than a decade on Philly radio station WIOQ-FM before he joined WXPN. That show evolved into a weekly, live radio broadcast from West Philadelphia nightclub the Chestnut Cabaret, featuring Dye spinning the music.

For Funky Friday, Dye is liable to spin anything funky from the 1950s to present day, but music from the predominantly funky 1970s is always well-represented (and requested). “Funk is the ultimate party music because it’s so upbeat,” he says about the show. “It’s about having fun, so it’s perfect for the transition from the work week into the weekend, and it gets everybody happy and moving. It’s impossible not to dance, even in your car seat or in front of the stove. Over the years I have received many videos of kids and their parents funkin’ out.”

As part of the show’s 25th anniversary celebration, Dye has put together a Funk Essentials Spotify playlist. Listen and subscribe to the playlist below.