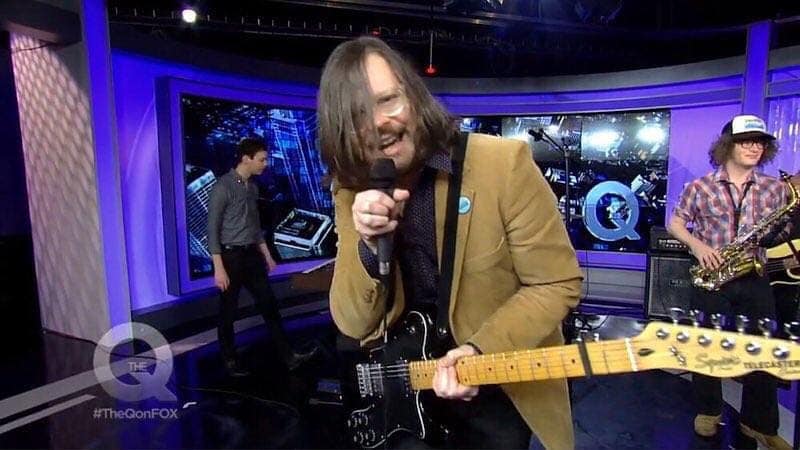 Joey Sweeney and the Neon Grease | still from video

A month after dropping their saxophone-driven, dad rock debut Catholic School, Joey Sweeney & The Neon Grease made an appearance on Fox 29’s The Q this week, playing the nostalgic “Polaroids on the Floor.” The band announced that proceeds from the record go to Rock to the Future, a nonprofit organization providing music education for youth in Philadelphia. Their performance is as goofy and energetic as always — as they pointed out on Facebook, Sweeney breaks the fourth wall to look directly into the camera and into the homes and offices of viewers across the Delaware Valley to sing the line “I just stayed inside on the couch/and I got HIGH” — and you even get a little bit of host Quincy Harris awkwardly holding a tambourine like he’d never seen one in his life.

Next Tuesday the band will be featured on The Key Studio Sessions, which you can hear live on WXPN at 9 p.m., or the following day online. The band has a show coming at Ortlieb’s on Friday, October 19, and you can find tickets here. Check out their Fox 29 performance below.