Happy record release day to Kurt Vile's Bottle It In! Listen to him on WTF with Marc Maron - WXPN | Vinyl At Heart 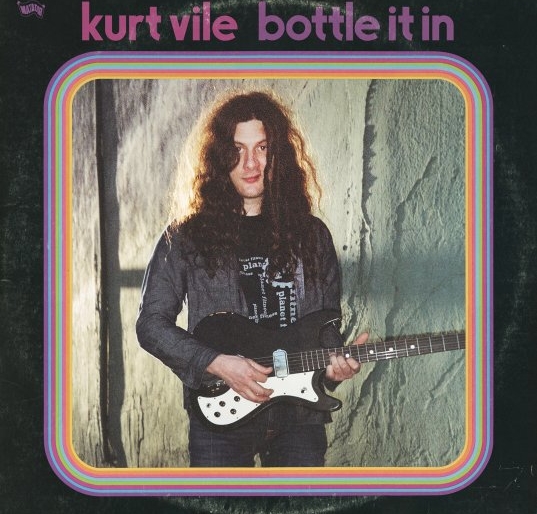 Happy record release day to Kurt Vile’s Bottle It In! Listen to him on WTF with Marc Maron

Philly’s Kurt Vile released his album Bottle It In today on Matador, one year after his and Courtney Barnett’s collaboration on Lotta Sea Lice. And if that hour and 18 minute LP isn’t enough Kurt Vile for you, you can also check out his 74-minute episode of WTF with Marc Maron, released yesterday.

Vile joined Maron to discuss his career, digging deep back into his childhood growing up in Philly, where his father was a SEPTA worker, to his later years working with The War On Drugs. He also told Marc about getting his first instrument: “I wanted a guitar when I was 13, and they were gonna surprise me with one for my birthday or Christmas, but then I was being particularly bad that year, or so they said.” This led to him getting a banjo the next year from a conductor friend of his dad’s.

Kurt touched on his musical influences, his time working a forklift in Boston (“You ever see the Departed?”), and impersonating Tom Scharpling with Adam Granduciel. He also talked about the time he met Neil Young,: “’It was like you were in outer space but underground at the same time!’ and he smiled at first and then he was like, ‘Ah yeah, we can go into outer space whenever we want!’”

Check out the full interview here, and take a listen to Kurt Vile’s album Bottle It In, available on Matador Records everywhere now.