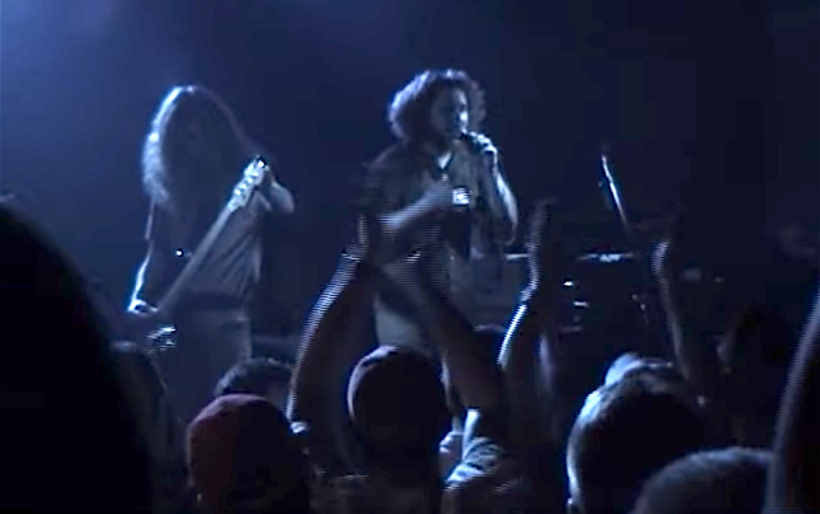 My Morning Jacket at the Chameleon Club, 2005 | still from video

From the Archives: My Morning Jacket brings Z to PA in 2005

Louisville rock adventurers My Morning Jacket turned a corner in October of 2005. Previously beloved as an indie band with an impressive knack for roots / Americana-infused songwriting and a penchant for heady jamming, that fall’s release of Z, their fourth LP, saw them bringing tones and textures into the fold that they hadn’t previously touched — atmospheric ambient flourishes, deep dub vibrations, and some of Jim James’ poppiest hooks, sometimes all in the same song (see the still-killer “Off The Record”).

On tour in support of that record, the band hit the Southeastern Philadelphia region several times that fall, beginning with a gig at Lancaster’s Chameleon Club on October 11th. Watch a few video clips from that show down below.

The following night, James and his MMJ bandmates ventured to Philadelphia for their first of two TLA headlining concerts. Kathleen Edwards opened the set, joined the band for a performance of the heartwarming “Golden” from their previous record It Still Moves, and you can hear a recording of that entire 15-song set (as well as Edwards’ opening set, fresh off the heels of her sophomre album Back to Me) in the Archive.org player below.

After a visit to NYC on the 13th to appear on Conan, they were back in Philadelphia on October 14th for a Free at Noon concert at WXPN — we’re trying to dig up that audio, and will post it if it’s uncovered — and another show at the TLA that night. Check out a very short video clip of the band jamming on “One Big Holiday” at that second gig below; a recording of the entire concert is available to purchase here.