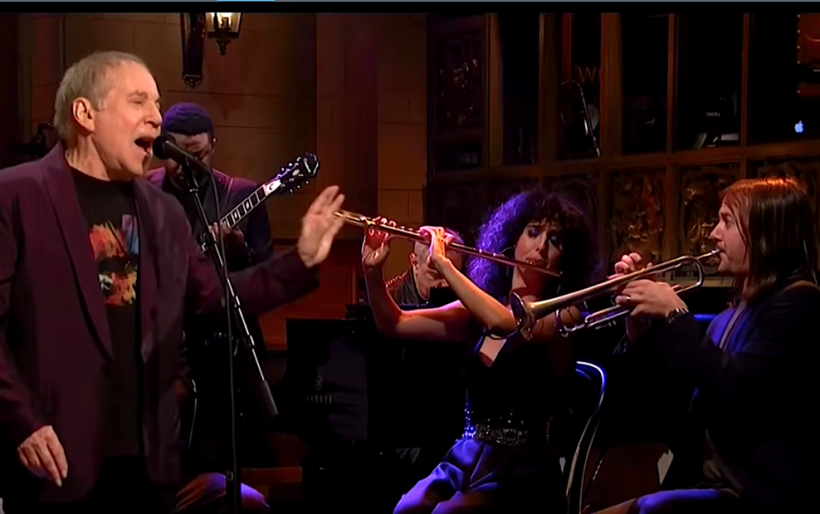 Singer-songwriter Paul Simon performed with New York chamber ensemble yMusic on last night’s Seth Meyers-hosted episode of Saturday Night Live. It was Simon’s 14th appearance on the late-night comedy show; he first appeared as host of the show’s second-ever episode in October of 1975.

He also just released his 14th solo album, In the Blue Light, which features orchestral reworkings of songs from his back-catalog, and for his first performance of the night, he played “Can’t Run But” — originally heard on 1990’s The Rhythm of the Saints, often heard as the theme music to NPR’s Radio Times — with yMusic providing the album’s orchestrations, arranged by The National’s Bryce Dessner.

His second song of the night was a new arrangement of the Simon and Garfunkel classic “Bridge over Troubled Waters,” which does not appear on Blue Light but which, as Brooklyn Vegan points out, Simon played on his recent farewell tour. This song was not archived by NBC, unfortunately, but you can watch an unofficial short clip of it below.

Watch the full episode on NBC.com.