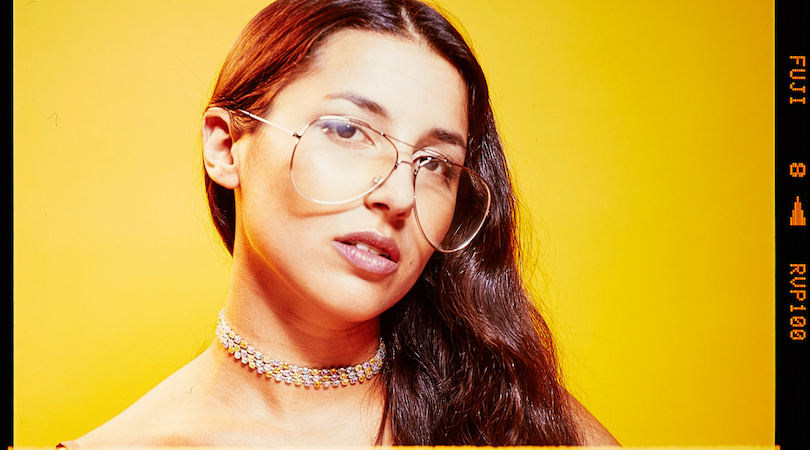 photo by Spencer Starnes | courtesy of the artist

For years, Philly singer-songwriter Gracie Martin hid her music from the world out of self-conscious fear. She finally released her debut EP Unconscious in the summer of 2017, which she recorded solo before assembling her band The So Beautifuls.

“Siren Songs,” off Unconscious is a mythical folk pop track, Martin’s vocals taking on an airy, ethereal quality. Her voice is backed by weeping cello and stringy, hopping ukulele. In the new music video for the song, Martin shifts through flimsy, mutable realities.

The opening scene shows Martin sitting in a steaming bath, her skin glittering with makeup. She embodies the mythological story of sirens luring sailors to fatal shipwreck, but the lyrics challenge this archetype of the predatory seductress: “You fell in love with some girl that you made up / and I remind you of her / I’m no siren / but I’m not blinded by what you see.” Scenes of dancers moving through Rittenhouse Square are a concrete portrayal of wild, feminine spirit, detached from strings of expectations or the weight of stereotypes. By digging for her true identity, Martin is refusing to be propped on a pedestal.

In a statement, the singer-songwriter commented:

“I wrote [Siren Song] while walking home from seeing Big Thief open for my friend Jacob Snider at World Cafe Live. It was the song that made me think ‘oh I think I can really put out an EP.’ All of these songs…truly came from an unconscious place of creativity that I wasn’t fully taking seriously yet. I see this video as a loving way to close out the Unconscious chapter of my career and start moving on to new music.”

Check out the music video, directed by Austin Elston and Emily Gallagher, below. Gracie Martin has two upcoming performances, the first at University of Penn’s Noontime Concert Series on October 26th, and another at Elixr Coffee on December 14th.

Siren Song from BornLuckyStudios on Vimeo.