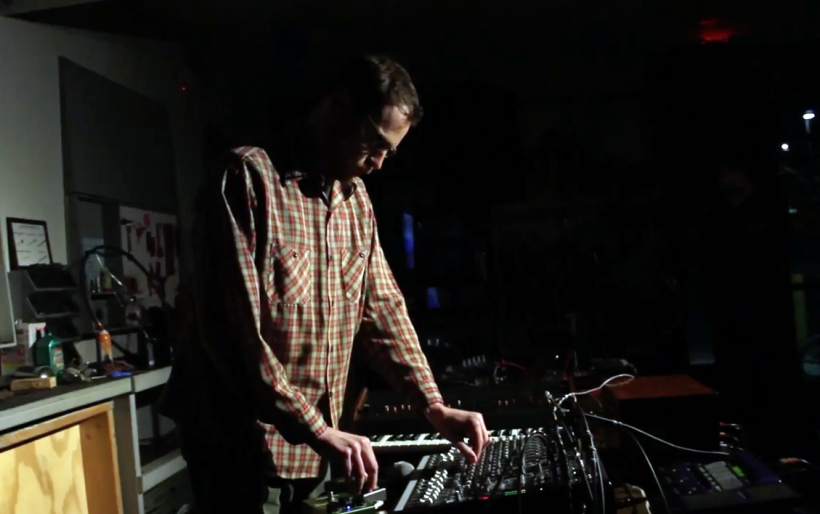 “The ethic of taking care of ourselves” fuels new benefit comp with tracks from Void Vision, Plastic Ivy, and more

Cancer is a cruel disease. It kills slowly, sometimes over the course of years, and even when it’s been cut and irradiated out of the body there’s still always that worry it may come back. Likewise, there is no quick solution, no easy fix. Treating cancer can take years and is incredibly taxing on the body, mind, and last but not least the wallet.

Local musician and artist Casey Grabowski has been living with stage four pancreatic cancer since 2017. Known both in electronic music circles – he played as Nearest, Obligate Surrogate, and Secret Societies and booked events for years – and as the founder of the Philadelphia Zine Fest, Grabowski, a civil engineer by trade, has been unable to work during that time. His wife and main caretaker Michelle Dewey set up an ongoing digital fundraiser that has allowed the couple to tread water while he receives medical care.

Still, even with the help of friends and strangers, they are seriously struggling to get by. Insurance only covers so much, especially when it comes to the more experimental treatments Grabowski is undergoing. As Dewey wrote on the GoFundMe page set up for Grabowski’s expenses: “So on top of the pain and agony of the disease & super aggressive treatment that makes you terribly ill…. You can’t work, you realize your insurance and short term disability are laughable, and half your meds and supplements are out of pocket. Cancer is truly the fastest way to emotional and physical bankruptcy.”

Derek Rush, a friend of Grabowski’s and a fellow electronic musician, recently released a benefit compilation to try and help alleviate some of those expenses. He told The Key that, “A few months ago, after his partner Michelle posted an update on their GoFundMe, I felt like I had to do something more than just donating what I could whenever possible. And I thought, why hasn’t this been done for him yet?”

The collection, called Prematurely Purgatoried after the black humor-inspired name of the Instagram account maintained by Dewey to document and blog about her husband’s health, has songs traversing across the electronic genre from local and regional musicians including Profligate, Void Vision, Westov Temple, Chaperone, Plastic Ivy, Rush’s own project Compactor, and more. All the tracks are exclusive to the compilation and many were written specifically for it.

Asked about the diversity in style on the album, Rush explained that it’s a reflection of Grabowski and his impact on Philadelphia music: “His three main projects span synthwave, techno, and noise, which are three fairly different genres. His crossing those lines put him in touch with a broader range of people, maybe even exposed them to each other’s sounds.”

David Coccagna, a native Philadelphian who now lives in Richmond and records as Chaperone, told The Key that he met Grabowski in a “Classic Philadelphia DIY” way: “A show we were both supposed to play got shut down and we had to move it last minute. Casey provided the sound system and we did the show after we pushed the event back two hours.”

Both Rush and Coccagna said they wished there wasn’t a need for this sort of fundraiser and that people facing such major life events shouldn’t have to rely on contributions just to survive. As Rush put it, “I’m very proud of how the compilation turned out, but I find the reasons for it heartbreaking. I’m far from an expert in healthcare or economics, but I find it ridiculous that there isn’t a nationalized healthcare system here as in other countries.”

Coccagna concurred: “The whole health system is abhorrent, but everyone knows that. I think that the same ethic of taking care of ourselves comes into play in doing these kind of fundraisers.”

Rush has put together other benefits in the past, including the NODAPL Noise compilation in 2016 for the activists protesting at the Standing Rock Reservation. Grabowski contributed a track to that collection under the moniker Secret Societies. Prematurely Purgatoried can be found at Bandcamp.