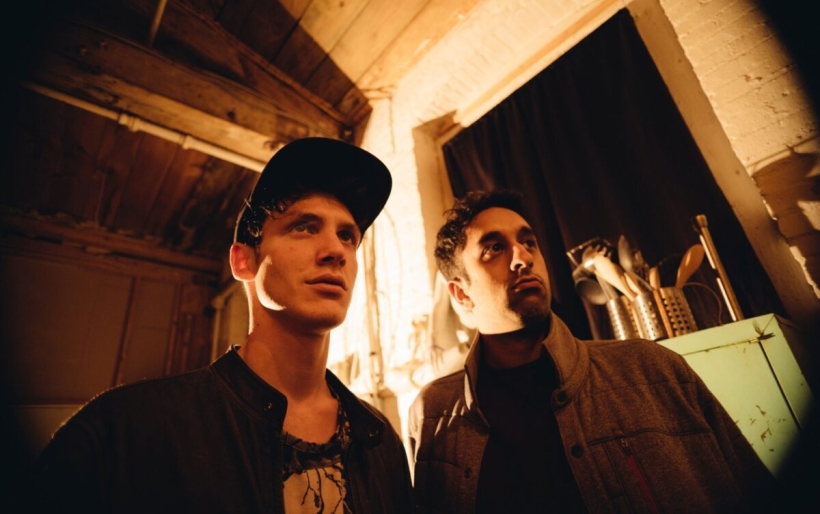 Philly instrumental duo Trap Rabbit gets around, whether they’re backing rappers like Kuf Knotz or working with singer-songwriters like Sophie Coran. For the latest episode of the 25 O’Clock podcast, bandmates Arjun Dube (drums) and Logan Roth (keys) chat with host Dan Drago about their origins, their entry point into the Philadelphia music scene, and how they’ve managed to stay so busy as musicians.

The conversation opens by contrasting Homdel, NJ, where Dube grew up, with Chicago, where Roth is from; they talked about meeting in Princeton University’s jazz program, even though both were students of music from an early age. Recalling his childhood shift from keys to drums, Dube says his piano teacher was an “aggressive Russian lady who always ate potato salad during the lesson, and needless to say, I wanted out.”

The conversation shifted to their post college move to Philly, the founding of Trap Rabbit, and the way the band connected with different scenes and different folks like Philly folks like producer Jason Bachman, or rapper MH the Verb when he was living locally. “That is a Philly thing,” Roth said. “Someone will just appear and suddenly you’re working with them.”

They talk Philly neighborhoods, and suggest that the scene in Manayunk — where they live and work — could exist as its own separate thing from the rest of Philly (they also get some shit-talking on Mt. Airy in the mix). As it wraps, the conversation gets into some bigger-picture discussions of the nature of virtuosity, what the ideal collaboration would be.

Take a listen to Trap Rabbit on the 25 O’Clock podcast below, check out their Empress EP on Bandcamp, and catch one of their two upcoming live gigs. They’ll be playing in Millville, NJ this weekend for the Electric Halloween Festival at Southwind Vinyard and Winery, and they’ll be back in Philly to play Johnny Brenda’s on November 9th. Tickets and more information can be found at the XPN Concert Calendar.