I Think Like Midnight releases a labyrinth of an EP - WXPN 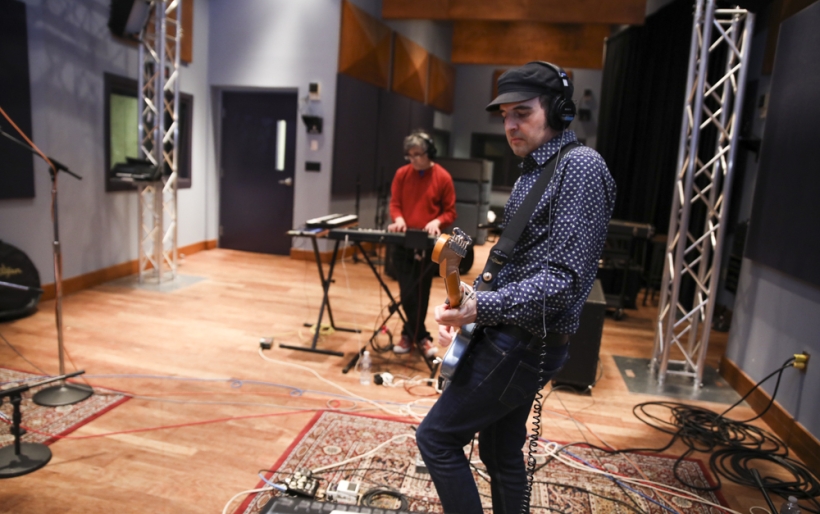 I Think Like Midnight | photo by Rachel Del Sordo for WXPN | racheldelsordophotography.com

I Think Like Midnight releases a labyrinth of an EP

I Think Like Midnight, the Philly instrumental rock four-piece (and self-proclaimed “close cousins” of Pell Mell, Luna and You La Tengo), are back with their second release of 2018, an EP called Kompromat. The title is derived from a Russian word meaning compromising material, usually in reference to a political figure. It seems impossible for art made in the last few years to lack any political context, but rarely is that context so subtle. The title is only the slightest nod, not letting itself be consumed by connotation. The lyric-less jam session leaves space for ambiguity, the songs open to limitless interpretation.

The seven-minute title track opens with a vibraphone melody backed by a pulsing undercurrent of electronic beats and futuristic synths. The use of computerized instrumentation is a relatively new element for the band, which typically draws from 60’s / 70’s psychedelic rock. The experiment pays off, coalescing seamlessly with the band’s acid-trip style.

The band careens from one genre to the next, but in a way that feels deliberate — they always manage to stick the landing. “Daydream Pusher” ditches digital in favor of the band’s classic surf rock sound, guitars clamoring with expansive melodies. “Time to Wait” embraces a Spaghetti Western vibe with the glazed pacing of a highway drive. Closer “Ghost Loads” combines folk and electronic, tying up a complex labyrinth of an EP you won’t want to find your way out of.

The band plays their record release show on Friday, November 16 at InLiquid Gallery. Find more info on the show here and stream the new EP below.