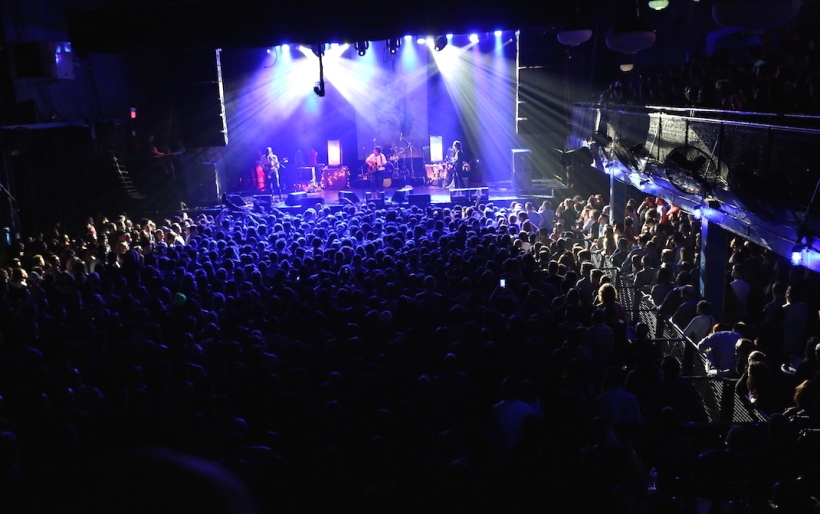 By John Vettese
October 18, 2018
12:10 PM
Share
The Districts on stage at The Electric Factory | Photo by John Vettese for WXPN

Franklin Music Hall. That is what the former Electric Factory will be known as going forward.

The 2,500 capacity music venue on 7th and Callowhill announced last month that it was changing hands and identities, and with new owner Bowery Presents / AEG (who had been booking the room for years) legally restricted from using its old name, a contest launched to rename the venue.

The winning entry was revealed today when the venue’s Instagram changed names once again, and its Twitter quickly followed suit. As promoter Bryan Dilworth said in a press release, “We were thrilled to see such an outpouring of suggestions from the city’s most passionate music lovers. The new title was truly selected by fans, for fans, and honors the spirit of such an iconic Philadelphia music venue.”

The new name makes a nice tip of the hat to the iconic Benjamin Franklin logo of the old venue; it’s also just up the street from Franklin Square park.

The news comes on the 23rd anniversary of The Electric Factory’s opening night, starring Sonic Youth; the first band to perform at the venue under its new name is Scottish electropop trio CHVRCHES, who headlines a sold-out concert at Franklin Music Hall on Friday, October 19th. Upcoming shows include Minus The Bear with Caspian on Saturday, October 27th; Kamasi Washington with Butcher Brown on Friday, November 6th; H.E.R. with Bri Steves on Friday, November 16th. Tickets and more information on all these shows can be found at the XPN Concert Calendar.

“We look forward to the Franklin Music Hall becoming a household name as the legacy of the venue continues to be written,” said Dilworth.