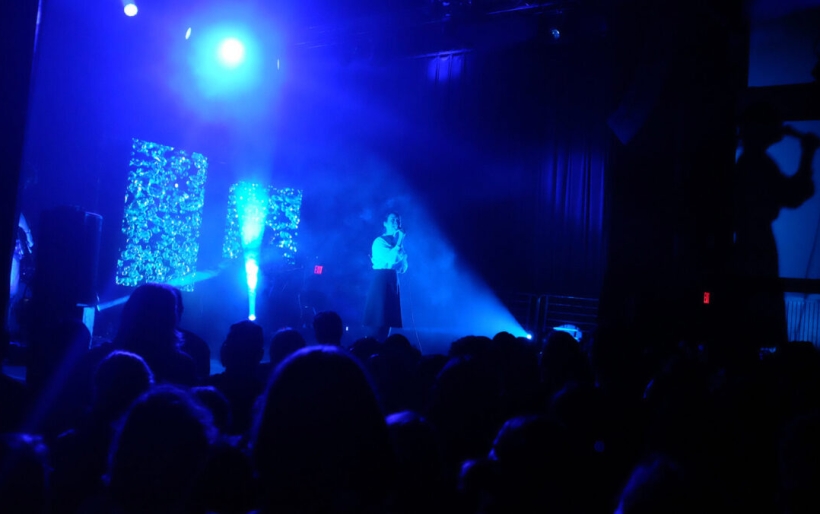 Forget everything you thought you knew about a Mitski concert.

The basement show power trio with the frontwoman rocking a hot pink bass? The expanded band that brought songs from Puberty 2 to life on an arena show with Lorde? The occasional solo sets that are moving in the best way? All things of the past.

For the opening night of tour in support of this year’s outstanding Be The Cowboy, Mitski Miyawaki showed a packed Union Transfer that — much in the same way the record is a next-level move in terms of taking her already deeply affecting songwriting to new heights — her stage show was now bigger, bolder, and more of a vehicle for the best kind of catharsis.

With her four-piece band handling practically all the instrumental duties, Mitski stayed in the front of the stage, using her freed up limbs to spend the entire set gesturing, twisting her body, leaping on the floor, moving to the music in powerful and gripping ways. It reminded me of Klaus Nomi, it reminded me of St. Vincent. It showed that, as much as words and sounds are powerful vehicles for conveying meaning and emotion, so too is movement.

The set spotlighted the majority of Be The Cowboy, opening with the gallant “Remember My Name,” keeping cool with “Me and My Husband” and its swaggering reflection on fidelity, getting a sing-and-dance disco going to the unstoppable “Nobody,” bringing the room to tears with “Two Slow Dancers.” Though cuts from Puberty 2 struggled a bit when Mitski was on tour in support of that album back in 2016 — a function of Mitski’s production and arrangement prowess reaching levels that the smaller venues she was playing weren’t yet ready to handle — last night, the roof-raising cries of “Your Best American Girl,” the spellbinding space of “I Bet On Losing Dogs,” and the slamming rhythms of “Happy” sounded as massive as they always have on record (though bringing back that saxophone lead on the latter would have sent it over the top).

In the mix, Mitski reflected wistfully on her many times playing Philly over the years. “I’ve played basements, I’ve played DIY shows,” she said. “The first time I played here, I was opening, and it felt so huge, like the room went on forever. Tonight it feels comfy.” Remarking that she wanted to wrap the set on a fun song after the breathtaking “Slow Dancers,” she and the band dove into the math-y pop of a self-professed deep cut, “Goodbye My Danish Sweetheart” from 2013’s Retired from Sad, New Career in Business. “This was never released physically,” Mitski said, “But if you’re familiar with my Bandcamp, you know it.”

Mitski’s tour continues tonight at the House of Blues in Boston, and like the entire dang thing is sold out. She’ll be back at Union Transfer for a second show on November 19th, so start working on those “anybody got an extra ticket?” requests on the FB event page now, because you don’t want to miss this. Below, check out a gallery of photos from the show, including a few from the fun and highly danceable set from NYC electropop duo Overcoats, who released their debut album Young last year, and played a few uber-catchy songs from their followup-record-in-progress, which is expected next year. 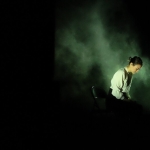 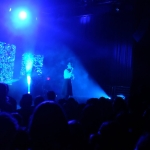