Sammus, Pinkwash and more will play benefit gig for MLC at Everybody Hits - WXPN | Vinyl At Heart 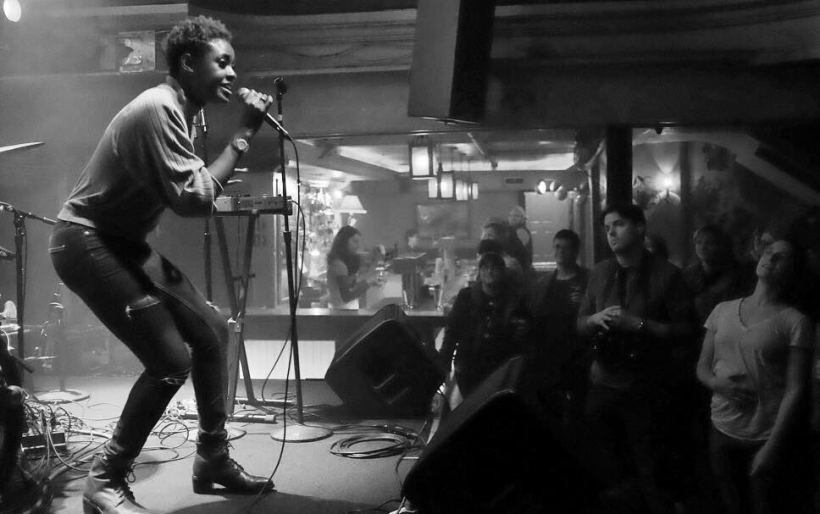 Sammus, Pinkwash and more will play benefit gig for MLC at Everybody Hits

Music might be the healing force of the universe, as Albert Ayler famously proclaimed, but it’s also just an excellent way of getting people together. That’s the idea behind Friday’s benefit show for the Mass Liberation Campaign at Everybody Hits with Sammus, Pinkwash, Soul Glo, and Likes.

The MLC is part of Reclaim Philly, a grassroots organization that, “endorses and supports progressive candidates and policies that fight for a vision of putting working people before the profits of corporations and the super rich,” according to their website. Specifically this campaign is aimed at reducing the number of people affected by mass incarceration.

According to a recent Washington Post article (“Justice reforms take hold, the inmate population plummets, and Philadelphia closes a notorious jail,” April 23, 2018), Philadelphia has one of the highest rates of incarceration per capita amongst the largest American cities, with many of those there for non-violent offenses. According to Juliette Rando, who works with Reclaim and helped put together the show, “A lot of people in the Philly music scene work minimum wage jobs and probably would not consider themselves to have economic power, but when you get 100 people in a room who care about a cause and are willing to chip in a little, you can raise a lot of capital. And music is such an effective and meaningful way to get those people all in the same room.”

Even though politics and political causes feel more real than ever these days, it can still be hard to make the associated facts and figures feel anything but abstract. Trying to make something sound ‘real’ to those not directly affected has always been a problem.

One of the ways the MLC attempts to combat this is by having formerly incarcerated people in leadership roles. According to Rando, “The MLC is founded on the idea that in order to fight mass incarceration, power must be returned to the people who have been stripped of it by systematic racism and violence.”

To that end, this benefit is specifically raising money to hire additional organizers and pay for their training.

Rando organized the event alongside Andy Molholt from Laser Background and Speedy Ortiz. She called the show “a dream bill” and said the bands playing, “all make art with very salient political messages about racism, sexism, capitalism and are constantly donating their time and energy to causes they believe in.”

In addition to the bands, one of the current MLC organizers, Akeem Sims, will be speaking about the campaign and his own experiences with the criminal justice system. Get more information on the event here, and listen to the latest song from Soul Glo here.