Representation Matters: Why the To The Front art show is a game-changer - WXPN 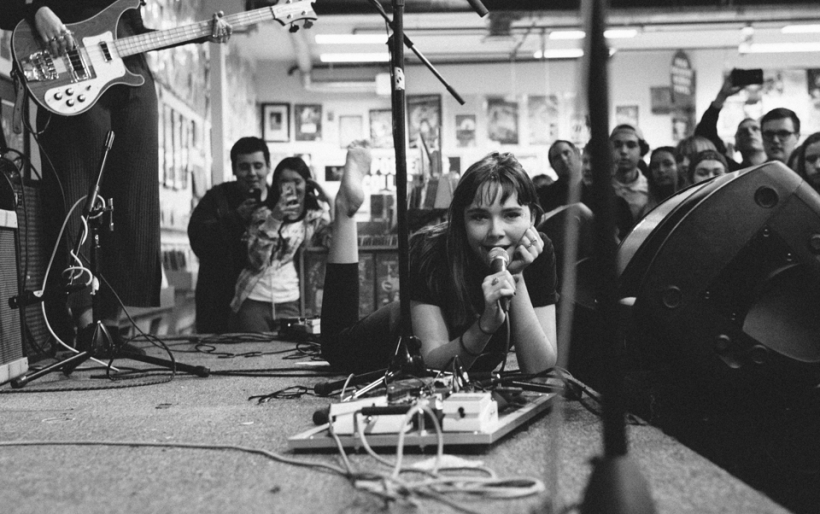 Representation Matters: Why the To The Front art show is a game-changer

Riot grrrl is not dead. The spirit of the 90s feminist punk movement is thriving in a touring art show that comes through Philly this week.

Characterized by hardcore bands such as the iconic Bikini Kill, the Riot grrrl scene promoted empowerment women and addressed issues of rape, violence, sexuality and patriarchal oppression. Bikini Kill frontperson Kathleen Hanna fought to create a safer space for women in the punk scene. At shows, women were typically elbowed to the fringes of the crowd by aggressive moshers, but Hanna famously summoned women towards the stage as a form of protection, calling out, “All girls to the front!”

Flash forward twenty years. The music industry and art world have made strides of inclusivity, but the scene is undeniably still dominated by those bestowed with privilege, the majority composed of cis, straight white men. Devastating cases of sexual assault surface constantly, signalling an abuse of power and lack of safe spaces in the community. Additionally, artists of color, as well as female-identifying or non-binary artists are often pushed aside, their work going unrecognized.

To The Front is a traveling photo show that brings pushed-aside work into the limelight. The name is a nod to Bikini Kill and ultimately the riot grrrl movement, embodying the same message: give unrepresented artists a voice. The show was conceived by LA-based photographers Erica Lauren Perez and Courtney Coles. In 2016, Perez was injured with a dislocated knee and was prevented from touring. Doing a gallery show was something that had been on her mind while in recovery. She attended a show where Coles was showing work, which highlighted women of color in different mediums, and both were inspired by the theme and central message. The duo curated their own LA show in January 2017, which consisted of only four photographers, including Carly Hoskins and Danielle Parsons.

“We both were into the idea of having a music-photography based show with a few of our friends. We didn’t think it would be anything beyond the LA show, but the turnout and the feedback was really positive and it built naturally,” Perez commented in a recent interview with The Key. “We wanted to include people that have inspired us and it’s turned into this way bigger thing.”

Perez gravitated towards the punk scene at a young age. At school she felt she stuck out like a sore thumb, but found a sense of unity and belonging at shows despite being a minority. She was drawn to the way music connected people of different backgrounds. Now at 29, live music is at the center of her work and she photographs everything from tiny house shows to multi-stage festivals. 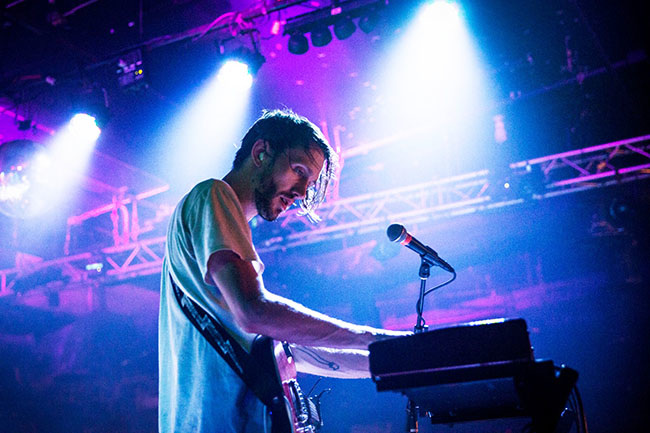 Photographer Elena de Soto also got her start taking pictures of bands while she was a student. “Once I started going to shows, I would bring my point and shoot,” she said. “There was comfort in having a camera in my hands to play with and pretend to look busy in between sets. It was a nice buffer for my social anxiety.” She went on to describe some of the challenges she has faced working in a male-dominated industry, such as being kicked off stage or barred from the photo pit despite having all the correct credentials, and generally having to work harder than her male colleagues to gain recognition. “I spent a long time being depressed and hating the work I was making, because I dated someone who was also newly into concert photography, but was just being handed everything,” de Soto said. “Tours, promo shoots, photo credit, actual money for their work— that I spent years trying to work, just because they were ‘someone’s bro.’ I actually stopped making work for a while because I felt like I would never achieve any of those things and that I was just wasting my time.”

This prevalence of invisibility is what created a need for To the Front. It’s about wanting to be seen and acknowledged. “A lot of the time major publications will highlight the same people over and over again,” Perez explained. “We’re countering with, you need diversity, you need people of color. It’s a positive intention, the point is to highlight artists that are not the majority. It’s important to not tokenize people.” She also hopes to show younger artists that a space exists for them, even if they don’t see themselves represented in mainstream media. “You belong there. You should be where you are.”

Perez has channeled her own experiences of marginalization into stubborn perseverance. Despite being told she wasn’t going to be hired because of her gender or appearance, she didn’t give up. “Those things that made me feel embarrassed, and like I wanted to just go home and hang up my camera, kind of did the opposite, I used that as motivation to create change.”

Augusta Koch of Cayetana will perform at the Philly show. In conversation with the singer / guitarist, she shared the inspiration for her new project, Gladie. “Writing for Gladie I wanted to make sure I was being as honest as possible. I’ve always been moved by music that makes hard-to-express feelings seem normal and universal.” Gladie is an experimental outlet for her, influenced by synth-driven softer pop moreso than the punk-oriented Cayetana.

Koch expressed enthusiasm for To the Front, commenting, “I feel like if I saw this group when I was young, it would have really changed the way I thought about myself and what I was capable of.” When asked about her personal experience in the music industry, she admitted feeling held back because she didn’t see herself reflected in the punk scene. “It wasn’t until I saw Sheena [Ozzella] from Lemuria play when I thought maybe there was a place for me. Representation is so important, that’s why To the Front is a game changer.”

The Philly show will be hosted at Fishtown’s Open Space Studio this Saturday, October 27. It features over 25 artists — including Key contributors Rachel Del Sordo and Ashley Gellman, as well as Philly’s Emily Dubin, Jessica Flynn, and Morgan Smith, and more — with live performances by Augusta Koch of Cayetana / Gladie, as well as Ready Now. Info here. To The Front Philly poster