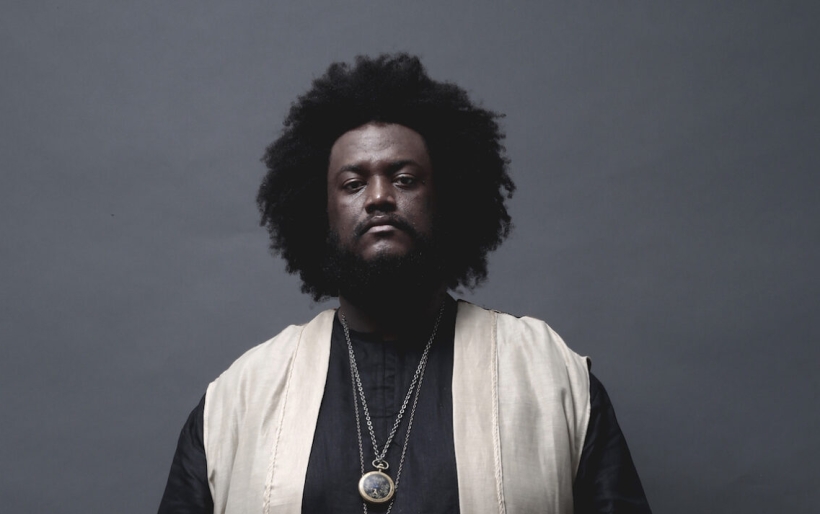 Many of jazz’s most creative voices have had a lot to say this year. For whatever reason, 2018’s best releases include a staggering volume of music, albums that sprawl to 2 or 3 discs in length. Witness Tyshawn Sorey’s monumentally minimal Pillars, three hours of sparse, delicately textured gestures that leave the listener to wander through a limbo of sound and genre. Guitar innovator Mary Halvorson’s Code Girl ran to two discs of arcanely angular song forms, while her collective trio Thumbscrew (with bassist Michael Formanek and drummer Tomas Fujiwara) paired an album of original music with an accompanying set of covers. The brilliant composer Henry Threadgill doubled up with releases by his ensemble Double Up and another by his latest conglomeration, the 14 or 15 Kestra: Agg. That’s just to mention a few.

With his enormous (in more ways than one) 2015 debut The Epic, saxophonist Kamasi Washington was a bit ahead of the curve on this trend, with three discs of ambitious compositions that couched hard-blowing fire music of a 60s vintage with cinematic string swaths and soaring choral voices. By comparison his follow-up, Heaven and Earth, is almost restrained at a mere two CDs, one dwelling on the terrestrial and the other the celestial. It trades in the same kind of transcendental ambitions as its predecessor, suffering a bit from the similarity (and the same shortcomings of execution falling short of ambition) but ultimately feeling a touch more focused and less exhausting by cutting the time by a third. Live, Washington and his longstanding band shed the orchestral atmosphere and get down to a more streamlined aggression, which should suffice to fill the Franklin Music Hall (aka the former Electric Factory) on Nov. 9. [TIX + INFO]

Not every jazz show this month is on such a large scale. This Saturday, for instance, Christian Sands will visit Montgomery County Community College in the much more manageable guise of a piano trio. Most listeners will know Sands as the pianist for Philly bass great Christian McBride’s trio, but he’s recently stepped out on his own with music that fits neatly into the “straightahead” category without feeling overly weighed down by the past. His second full-length release as a leader, Facing Dragons, showcases an agile unpredictability in both his supple melodies and the charged interplay between Sands and his bandmates, bassist Yassushi Nakamura and drummer Jerome Jennings. [TIX + INFO]

The same night, the Annenberg Center is presenting a name synonymous with jazz piano: Monk – albeit on the drums. T.S. Monk is celebrating what would have been the 100th birthday of his father, the iconic pianist Thelonious Monk. The drummer began his career playing with the elder Monk, but has managed the difficult task of staking out his own territory while always paying homage, as he will on Saturday with an evening of classics. [TIX + INFO]

Matt Yaple’s home/listening space @exuberance always offers an intimate experience, but what that means changes on who’s playing Matt’s piano. At times it can be a hushed, meditative experience, but in the right hands it can be transformed into a bustling nightclub atmosphere (complete with drinks, but minus the chatty bar crowd). The latter should be the case when the swinging Rick Germanson plays on Nov. 9. Germanson only has four albums to his credit as a leader, but those tend to be signposts to his always lively, vigorous concerts. Best to catch him in person anyway, especially with a trio this gifted in tow: he’ll be accompanied for the occasion by bassist Gerald Cannon and drummer Willie Jones III. [RSVP]

Philly vibraphone master Tony Miceli always keeps busy, but this Friday he has a particularly stacked schedule. At 6 p.m. he’ll pay tribute toPhilly’s own Grover Washington Jr. at the Barnes Foundation. Then he’ll dash over to Chris’ Jazz Café to lead his Italian American All Stars ensemble, with saxophonist Mike Cemprola, trombonist Nick Lombardi, drummer Matt Scarano and bassist Tony Marino. That show kicks off a monthlong celebration of Italian-Americans at Chris’, the highlights of which are Branford Marsalis Quartet pianist Joey Calderazzo celebrating the release of his new CD on Nov. 3, Philly vocalist Joanna Pascale tracing her family’s Italian roots on Nov. 9-10. [TIX + INFO]

Keyboard wizard John Medeski doesn’t hail from New Orleans but it would be easy to make that mistake. He’s long been steeped in the kind of funky grooves native to the Crescent City, and he’s making those influences explicit with his latest project, Mad Skillet. The band features guitarist Will Bernard, a Bay Area native based in Brooklyn who’s another NOLA devotee, having played with the likes of Stanton Moore and Meters drummer Zigaboo Modeliste. The pair are backed by actual New Orleans royalty, the Dirty Dozen Brass Band rhythm section of sousaphonist Kirk Joseph and drummer Terence Higgins. They’ll bring a touch of Second Line funk to the Ardmore Music Hall on Nov. 16. [TIX + INFO]