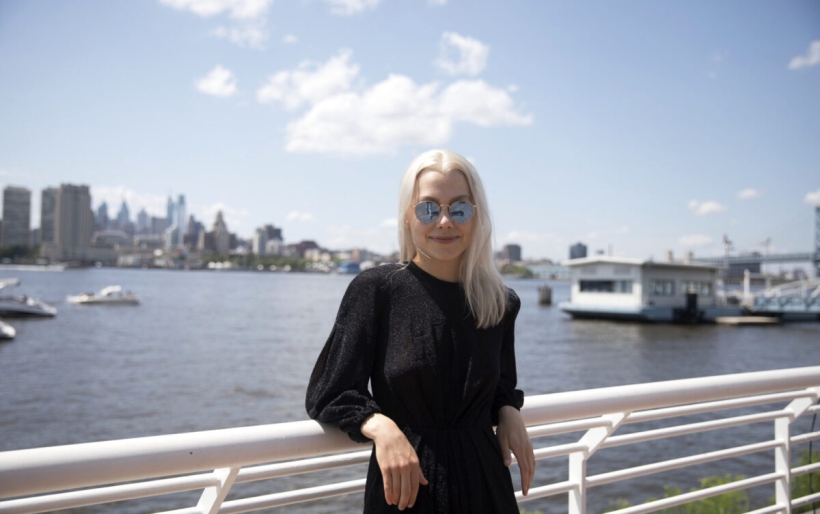 XPNFest 2018 Behind The Scenes | photo by Rachel Del Sordo | racheldelsordophotography.com

Bridgers has been full of covers lately, previously putting her spin on Tom Petty’s “It’ll All Work Out,” Manchester Orchestra’s “The Gold,” and Sheryl Crow’s “If It Makes You Happy.” Her working with Oberst on this comes as no surprise; they previously teamed up for another Amazon “Produced By: Simone Felice” track called “LAX,” and one of Bridgers’ songs from her 2017 album Stranger In The Alps, called “Would You Rather.”

Bridgers taking on Alex G isn’t a huge leap, the two have indie-folk sensibilities that they adapt on in unexpected ways. On Bridgers’ “Powerful Man,” she strums rather than fingerpicks, and the violin near the end is replaced by distorted vocals. She has also added in spooky synth and piano to tie it in closer with the sound of her other solo work. By keeping the gender of the narrator male, Bridgers puts a harsher light on the masculinity portrayed, whereas Alex G’s version seems to have a stronger bent towards examining childhood expectations of maturity: “I ain’t ever raised a kid, but I bet I’d do a good job if I did.”

Phoebe Bridgers won’t be through Philadelphia for a while, the closest being two sold-out shows at Brooklyn Steel with boygenius. (Sandy) Alex G will be playing The Church November 16th and 17th, tickets still available for the 17th here.