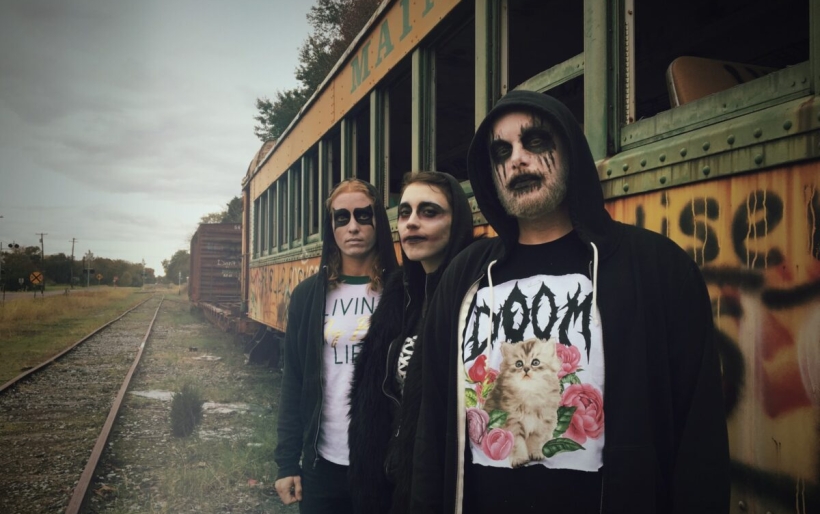 Philly hard rock trio Dear Forbidden is pissed off. I mean, a lot of people are pissed off right now for a lot of reasons, and the local band’s new single serves as a vehicle for catharsis, a means to expel the breadth of that negative energy through charging beats, heavily fuzzed out riffs, and 90s style vocal harmonies by Gina LC on guitar and Steph B on drums.

As Gina tells us over email:

The song came together after nearly a year of watching the daily onslaught of trauma unfold in the wake of the 2016 presidential election and wondering if it would ever bottom out. My lyrics tend not to be as straightforward as they are almost always a product of the stream-of-consciousness writing style. For this song, they generally refer to the experience of watching something crumble; the unmitigated rage at being expected and encouraged to accept hypocrisy, the constant questioning of reality at the scale of trauma that’s happening on a worldwide scale by the hands of the current US administration, and the desperation and frenzy to stop the bleeding and mobilize to fight back and reclaim the idea of what the US is supposed to represent.

Listen to “Pledge” below, and catch Dear Forbidden’s next Philly show on December 16th at Kung Fu Necktie with Babe Grenade, Full Bush and Fuzzqueen. Details on the gig can be found at the XPN Concert Calendar.