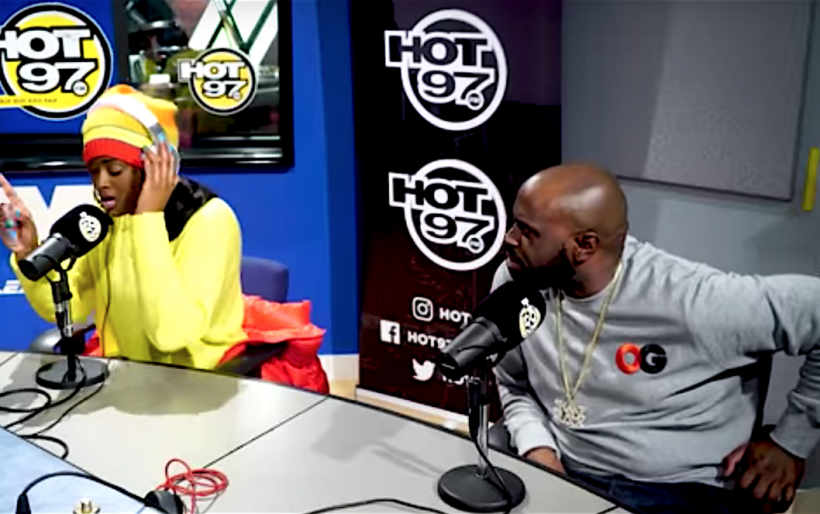 DJ Funkmaster Flex’s show on NYC station Hot 97 is something of a proving grounds for rappers to showcase their skills on the mic, those on the rise and established names alike. Last Wednesday, Philly MC Tierra Whack dropped by Funk Flex’s studio to take part in his freestyle series, and over two minutes of the beat from Busta Rhymes’ “Put Your Hands Where I Can See,” she was fierce, funny and filled with Philly love.

From the top, we hear nods to Jill Scott’s classic “Gettin’ In The Way,” with a Beanie Sigel shoutout about half way through, and general bars about Whack flexing her prowess and “representin’ for my black people.” The syllabic acrobatics are impressive throughout, Whack gestures manically to the beat, and towards the end, we hear a funny Rob Zombie reference. (Not a surprise if you’ve watched Whack World and some of its more horrorshow sequences, but awesome to hear in the mix all the same.)

To sum it up, a line from the midway point of the freestyle: “If you ask me what I do, Imma tell you that I rock.” Hell yeah she does. Watch Tierra Whack spit on Hot 97 below.