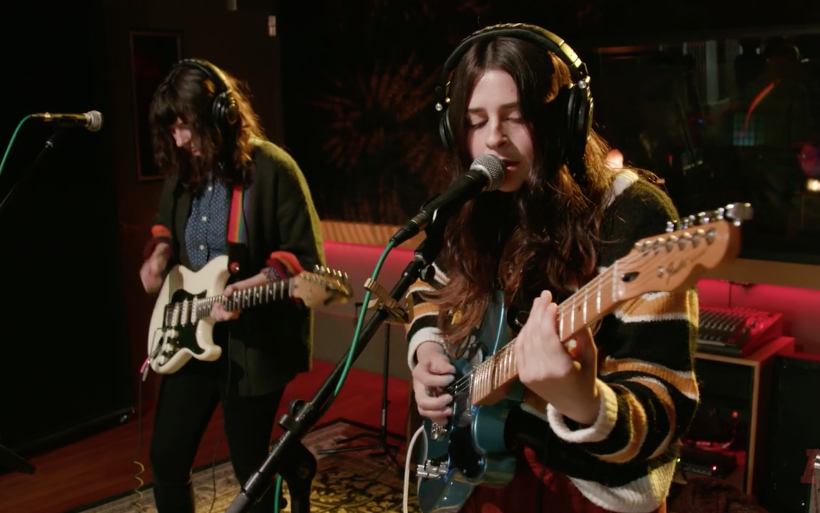 Queen of Jeans on Audiotree | still from video

Currently on a lengthy US tour, Philly outfit Queen of Jeans stopped by Audiotree Live’s studios earlier this month to record a session, which is out now. The four-piece performed four songs off their recent LP Dig Yourself, which was released earlier this year, plus “Moody,” an older one off their 2016 debut EP.

The Audiotree host sums up the session perfectly, noting after “Clever Hands” that “It’s like a dreamscape, and I’m loving it.” In between songs, the band takes time to answer a few questions about the musical influences, from musical theatre to The Ronettes, that inform their songwriting, especially when it comes to their signature retro-sounding harmonies. They also talk about the new album and how recording it at a beach house in the winter influenced its sound, and why they decided to record an Aaliyah cover.

Watch or listen to the full session below. Queen of Jeans plays the Fillmore on Saturday, December 1, opening for Circa Survive. Find more information on the XPN Concert Calendar.