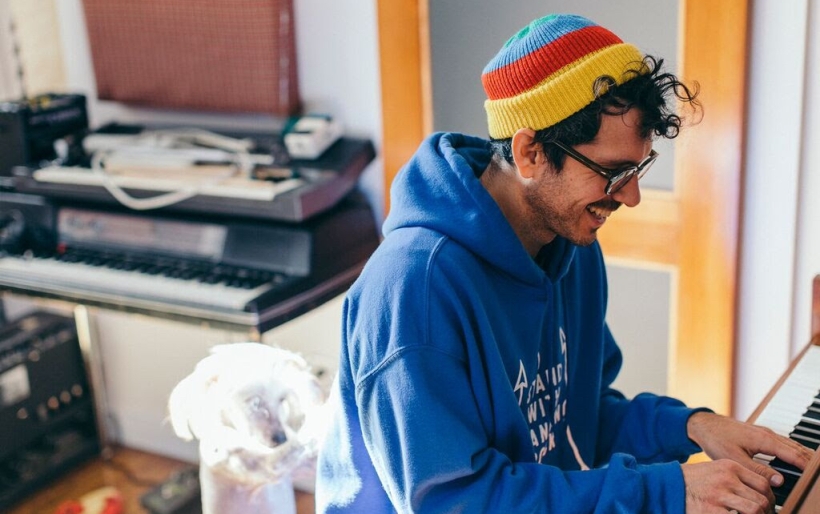 WHY? | photo courtesy of the artist

WHY?’s Yoni Wolf talks about ten years of Alopecia and why I remind him of his dad

One year ago, WHY?’s Yoni Wolf — loquacious literary-inspired rapper, producer and instrumentalist, one-time Anticon label owner — returned to the famed home recording of his past with 2017’s Moh Lhean; this, after spending all of his time since 2008 stretching the boundaries of chamber-hop sound and lyricism with that same year’s Alopecia. This modern classic of angsty, alternative hip hop, a nasally intoned effort currently re-released on vinyl (“we can’t keep it in stock, as each pressing runs out quicker than the previous run,” says Wolf), and its tenth anniversary is cause enough for live celebration as WHY? pulls into Union Transfer on November 29.

But first, there’s this bit of verbal familiarity, stemming from the fact that I have, in the past, interviewed Wolf for both Magnet and the Philadelphia Inquirer: “You know, you sound just like my father,” says Wolf, on the phone from a quiet bathroom at a Portsmouth venue during a WHY? sound check.

A.D.: Huh? You mean, the conversation? Like I sound paternal?
Yoni: No. Your accent, My parents live in Philly – well, right outside of Philly. You must know that you have a Philly accent, right? It’s unmistakable.

A.D.: Yes, I am certainly aware of my accent.
Yoni: That’s how I know we’ve spoken. Your voice sounds so familiar.

As Wolf and his collaborator-brother Josiah have made their father and faith a large part of their work, I’m willing to allow my Philly accent to be a part of a pleasant memory. “Outside of touring, we still visit Philly several times a year,” says Wolf. “We love Philadelphia. And, it’s a good thing – a positive memory – that you sound like our dad. Nothing bad.”

Yoni Wolf didn’t feel bad about his threadbare, one-man-band sound in the immediate follow-up to Alopecia, and therefore had no dissatisfactory reasoning as to the switch in sound. Along with being a natural progression from 2003’s Oaklandazulasylum and 2005’s Elephant Eyelash, and an extension of the friendships made and broken, Wolf’s eerily, elegantly layered new (at the time) Alopeica radiated a series of anger interactions.

“I wasn’t boorish or wife-beating, but I had just broken up with my girlfriend so that was on my mind – built upon the aggression of where the songs were going,” Yoni says. “And also, we, as a country were dealing with two wars.” Though Alopecia, like Moh Llean, is not directly politicized, you can feel the central protagonists/antagonists of their time, the devils in the details of Alopecia songs such as “These Few Presidents” which could pertain to doom gloom, or the bust up of a relationship (“At your house the smell of our still living human bodies and oven gas”).

“Doing the old songs, it’s not rare,” says Wolf of the tenth anniversary trek. “We do include many of the Alopecia songs in our regular sets, as they are fan favorites. They’re not challenging in a way that is troublesome – I mean, I don’t think of an ex-girlfriend or an old war while we’re onstage. The Alopecia songs are funny and dark and are meant to cover something up – something bad about that terrible moment. But I don’t make it all part of my life now. I hope much of the positivity of my life, then and now, shows up too.”

WHY? brings the Alopecia tenth anniversary tour to Union Transfer on Thursday, November 29th. Tickets and more information can be found the XPN Concert Calendar.