R.I.P. Pete Shelley of The Buzzcocks; watch video of the punk icons' final Philadelphia concert from 2016 - WXPN | Vinyl At Heart 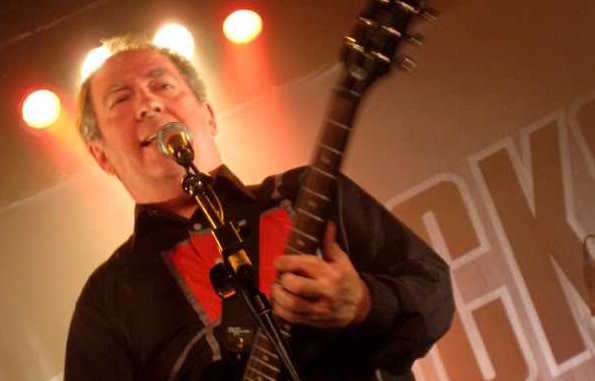 R.I.P. Pete Shelley of The Buzzcocks; watch video of the punk icons’ final Philadelphia concert from 2016

Pete Shelley, singer-guitarist of influential Northern England punk four-piece Buzzcocks, has passed away today at his home in Estonia; he was 63 years old.

As the band Tweeted earlier this afternoon, “Pete’s music has inspired generations of musicians over a career that spanned five decades and with his band and as a solo artist, he was held in the highest regard by the music industry and by his fans around the world.”

Shelley formed Buzzcocks with fellow singer-guitarist Howard Devoto, and debuted in 1976 opening for Sex Pistols’ legendary Lesser Free Trade Hall concert. Devoto left the band to form Magazine the following year, making Shelley the frontman through the band’s run of 70s albums, Another Music in a Different Kitchen (1978), Love Bites (1978), and A Different Kind of Tension (1979). After taking most of the 80s off, the band reunited in the 90s, releasing records every few years and touring regularly. Buzzcocks onstage at The Trocadero in 2010 | photo by Eric Schuman

The band’s most recent Philadelphia appearances were at The Trocadero in 2010, and the TLA in 2016. The photos you see above were taken by WXPN’s Eric Schuman at the Troc show; the videos below were mostly gathered from the TLA concert, which featured a massive 21-song setlist.

Give them a watch as we remember this wildly influential songwriter who dedicated his live to his music; for more Buzzcocks memories, mark your calendar for Thursday, December 13th, when XPN’s Dan Reed is planning an all-Buzzcocks edition of Highs in the 70s from 6 to 7 p.m