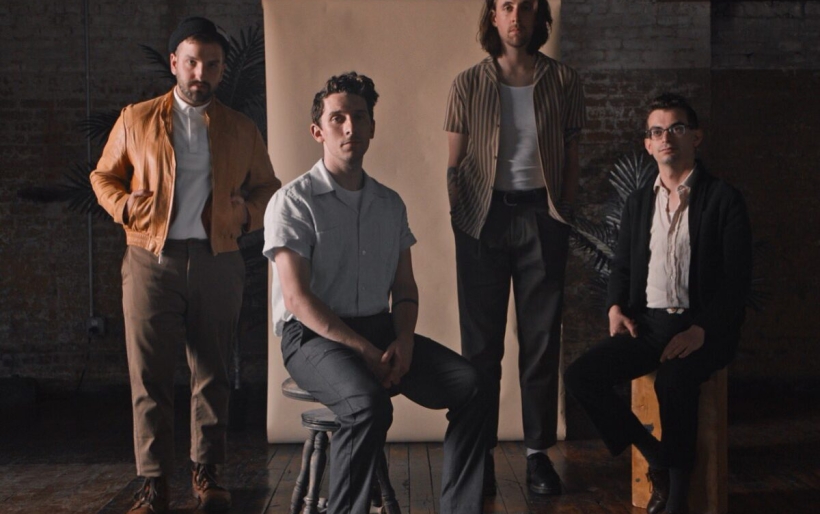 They went to SXSW in March, they’ve got a show coming up at the cages before December is out, and in between, the impressionistic post-hardcore Philadelphians of Caracara have kept a relatively low profile in 2018. This could change in the new year, though, as the band was recently picked up by Memory Music, the boutique label curated by Conshohocken producer Will Yip.

Along with some social media teasing of Caracara working in the studio with Yip, we got a newly released video for “Evil,” a standout song from the band’s debut LP Summer Megalith, set to Yip’s remastered version of the song. The video is a series of vignettes showing Caracara’s lead singer and songwriter Will Lindsey, as well as his bandmates George Legatos, Carlos Pacheco-Perez, and Sean Gill interacting with animated sketches, and making portrait-like poses as the camera slowly draws in or away, the bandmates ever-so-gradually moving, their gazes fixed on the lens.

Watch it below. Caracara plays a Home Outgrown show at Everybody Hits on Friday, December 21st with Beach Bunny, Field Medic, and Strange Ranger. Tickets and more information on the show can be found at the XPN Concert Calendar.