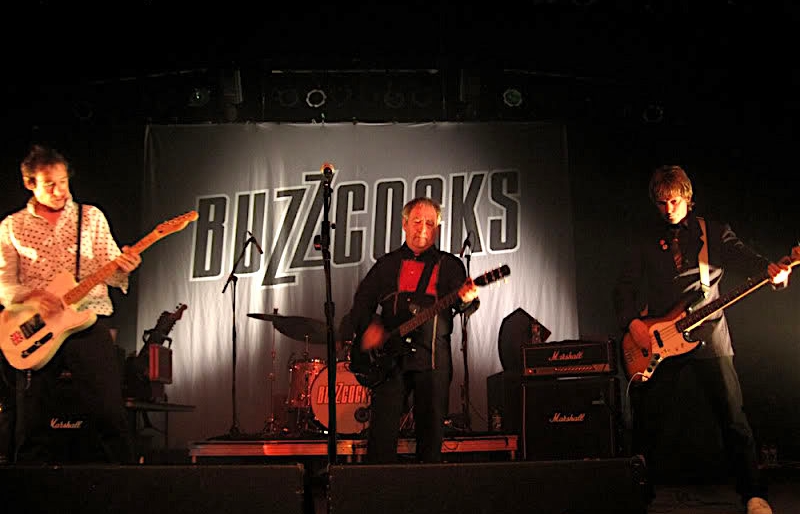 Remembering Pete Shelley of The Buzzcocks with WXPN’s Dan Reed

Pete Shelley of The Buzzcocks died on Thursday December 6th of a heart attack.  He was 63 years old.  As the chief songwriter and singer of The Buzzcocks, Shelley crafted perfect punk love songs, summed up the British condition, and expressed the overall dissatisfaction of the original punk era as well as anybody.

His nasally, exceedingly British-accented vocals took a minute to get accustomed to, but became rather quaint and familiar with repeated listens.  There was absolutely no doubt that Shelley had a great gift for pop hooks, and the juxtaposition of the speed and volume of the band’s attack combined with unforgettable melodies set up the later “punk pop” explosion about 15 years or so before Green Day or The Offspring utilized many of the same elements to sell millions of records.  Billie Joe Armstrong of Green Day has always acknowledged Shelly’s influence.  “Buzzcocks pretty much invented a style that would influence multiple generations of lonesome hearts and weirdos,” he wrote on Instagram. “Never shy about writing beautiful melodies into loud fast punk. You are the harmony in my head.”

Early in 1980, a record store employee in Cleveland, Ohio turned me on to the Buzzcocks’ incredible compilation Singles Going Steady.  Despite having devoured all things punk that floated by me in my semi-obscured-by-classic-rock upbringing, this band (who I had read plenty about) had escaped my ears.  I was smitten from the first listen… “Ever Fallen In Love” just absolutely floored me, as did the self-loathing duo of “What Do I Get?” and the somewhat funnier “Something’s Gone Wrong Again,” and the anthemic “I Don’t Mind”… all Pete Shelley compositions.  I immediately went back the next weekend and purchased A Different Kind Of Tension, an all-new set of tunes released about the same time as the singles collection.  Tension was my constant aural companion for – literally – months, and I played it so much that my college roommate told me he had nightmares about a man screaming the words “there is no love in this world anymore” (the “chorus” of “I Believe”) in his ear.  He actually hid the record from me for a while.  I’ve gone back to these two records – purchased one week apart in January of 1980 – again and again and again over the years.

Having never met the man, I can honestly say that I knew Pete Shelley through his music.  I’m sure many others would claim the same.  He was a great songwriter, and his insight and natural talent has had an impact on me from the first time I ever heard The Buzzcocks.  The uninitiated should take note and rectify this musical gap post haste.

Tonight on WXPN, I’ll be hosting an all-Buzzcocks edition of HIGHS IN THE 70s to celebrate the life and music of Shelley from 6 to 7 p.m. EST; I’ll be joined live on the air by Buzzcocks bassist Steve Garvey, and you can listen in Philly on 88.5 FM or tune in around the world at wx.pn/listen.

UPDATE: Stream the complete hour of this edition of HIGHS IN THE 70s