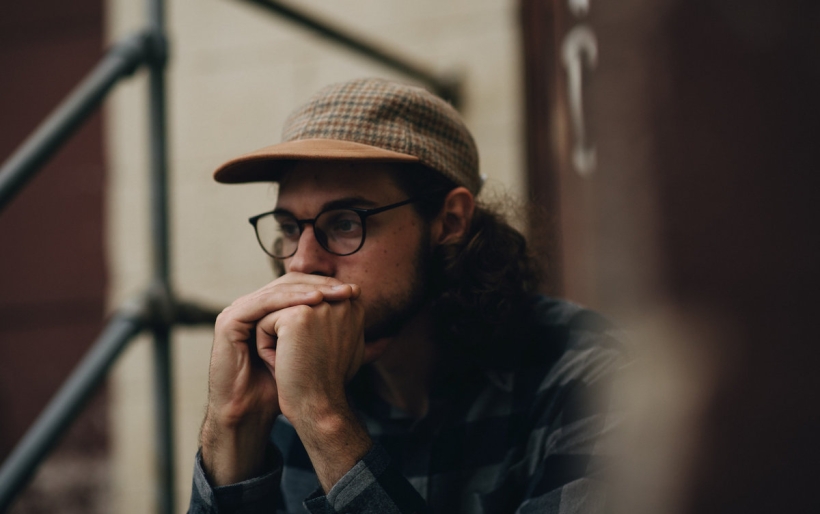 Jesse Barki | courtesy of the artist

The Mellowells have had a quiet year, but that’s given the band’s members some time to work on their solo efforts. While the Lancaster-based quartet is known for its upbeat indie pop sound, on his new solo album Age Of Unknown Callers, vocalist/guitarist Jesse Barki goes in a different direction, pairing his classic folk singer vocals with just an acoustic guitar for a stripped-down sound that allows emphasis to fall on messages he packs into his lyrics.

Age Of Unknown Callers is outward-facing, socially minded LP, exploring more fully the themes Barki introduced in his 2017 Lightning Coma solo EP. According to Barki, the new album is “about how the world we live in today creates paranoia and anxiety in people’s lives through social expectations and attempts to face this problem and swallow the fears we have of not conforming to those expectations.”

Barki is forthright about what he wants to impart with his songs; rather than leaving a listener to unpack a cloudy metaphor or shying away from complicated emotions, he’d rather share his thoughts with clear articulation. Listening through the album’s ten tracks, you’ll understand why the songwriter calls the album “a response to life as it currently stands.” It is at once personal and resonant with the often unsettling state of the world at large; an album that everyone may be able to find a bit of themselves in.

Listen to Age Of Unknown Callers below via Bandcamp; the album is also available to stream via Spotify.