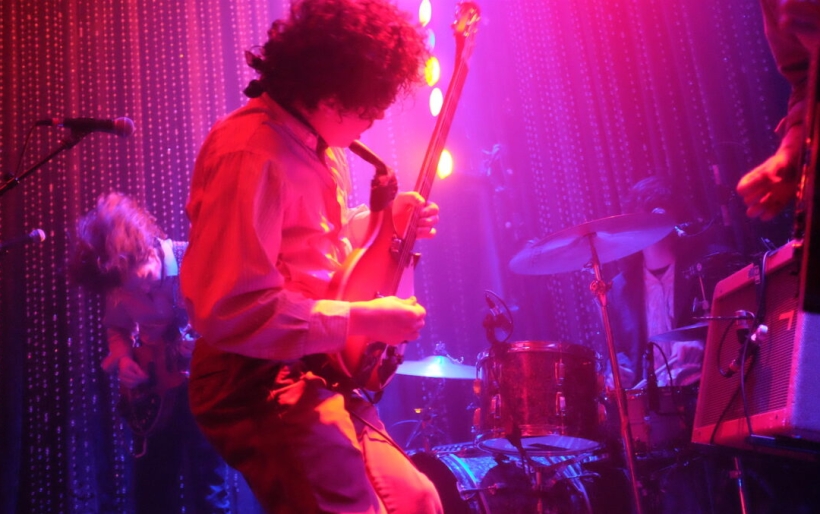 Built around an arpeggio reminiscent of R.E.M.’s “Everybody Hits,” the song follows a folk structure built up with cosmic production as singer Rob Grote lyrically juxtaposes religious imagery and passages about death. Meanwhile, the song’s lyric video is built around collaged footage showing the messy blur of the holiday season in the ultra-consumerist 21st century — doorbuster shopping, folks in Santa hats getting in a fist fight, a somewhat disturbing puking person in festive attire.

The telling lyric has to be this one: “Belly up in the water now, acid coats the walls of rain / Jesus Christ, forgive us, love. / We know not what we crave.”

Listen and watch The Districts’ “Acid Christmas Rain” below.