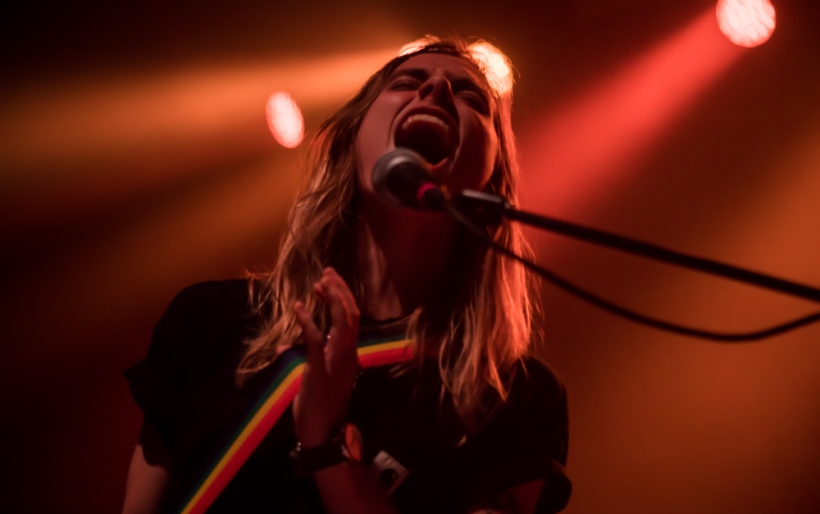 Year-End Mania is the Key’s annual survey of the things below the surface that made 2018 incredible. Today, Key photographer Ellen Miller shares her best music for car-rides in 2018.

From early morning drives to beat the sun, to spending lunchtime on the road moving from one job to the next, to the late night drives home from a shoot — this year, I found myself drawn to particular artists or songs at various times of the day. I go everywhere all the time for jobs, and in 2018 I’ve definitely spent more time driving all over greater Philadelphia than using SEPTA, compared to years past. When in the car that much, it’s nice to have variety in what you listen to. Sometimes I’d just throw the radio on and occasionally I’d prefer silence for a bit, but often times I’d make playlists to put me in the right mindset for going to a shoot or to relax myself after a shoot. Below are my most listened to songs and artists during my commutes at various times of day in 2018.

Early Mornings with The War on Drugs

It’s 5:30 a.m. You’re driving down the Schuylkill expressway, there’s no traffic and the sun is just barely beginning to peek through the night sky. You’re drinking a perfect cup of tea and The War on Drugs are coming through the speakers. If somebody is making me beat the sun to work, than this is the perfect way to do it. While everything that The War on Drugs do is brilliant, their most recent album A Deeper Understanding is particularly great on an empty road in the pre-dawn hours.

I first discovered Sean McGowan several years back while still in college. The he just recently signed with Xtra Mile Recordings (in the U.K) and got his debut record “Son of the Smith” released not long after. This record is among my top new releases for 2018 and several of the songs from it are on my regular driving playlists. The more I think about it, I’ve realized that I tend to seek out songs like the one above while on the road during the day. If I listen to just this album as a whole It has the energy to get you energized on the way to a shoot but in a different way than what I would personally consider (pre-) workout music.

As one of my favorite songs from Pale Seas, I could really listen to this one at any time of day or night. However, it is consistently that mid-afternoon time frame when I seem to enjoy listening to any Pale Seas’ song the most. All of their songs just have that vibe to let your mind relax but still be alert and able to get through that “2 o’clock feeling” at work (or make it to a late afternoon shoot on time, in my case).

It’s midnight, you’ve just finished shooting a wedding. You want to stay awake driving home but you also want to go right to sleep upon arriving home. While Julien Baker’s music may not seem like an obvious choice for late night driving to everyone, I have in fact found myself wanting to listen to her in this exact situation. It’s calming to allow me to relax after whatever job I’ve just finished but has just enough energy to not let me get too sleepy. When I put on her most recent album Turn out the Lights to listen to, I’ve found the balance of slow melodies with the  bursts of energy in a few songs to be brilliant for late night drives home!

An Any time, Any place energy boost from Hardwork Movement

I’ve found myself listening to this particular Hardwork Movement song a lot during 2018 – partly for the lyrics but also for the energy of this song. It’s good during the day, it’s good for nighttime driving, it’s even good during morning driving for putting me in to a good mindset to set me up for a very productive day.