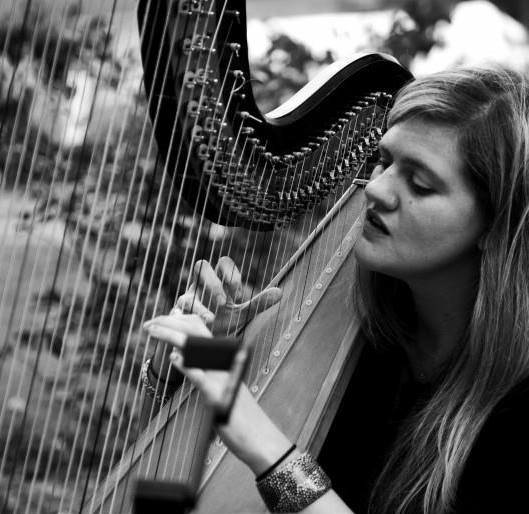 Year-End Mania is the Key’s annual survey of the things below the surface that made 2018 incredible. Today, Key photographer Matthew Shaver shares his favorite downbeat jams of the year.

2018 was a stressful year for many folks, but thankfully there has been a treasure trove of calming music to help guide us through it. Whether you’re a fan of ambient techno, neo-classical compositions, or just a plain old piece of instrumental work that takes its time, rather than rushing to 100 BPM, there is something for you from 2018. Seven albums stood out to me – albums that I’ve played over and over again, after long days, trying to soak up everything going on without losing my mind sometimes. Think of it as health supplements that can be taken aurally.

Jon Hopkins makes self-described cinematic techno. His sounds evolve (and improve) in interesting ways with each album, and Singularity is no different. More than ever, he blends the best parts of analogue techno with the more approachable sounds of modern pop music. The shimmering songs waver on the edge of movie-like dreamworlds, spiraling downward on the title track before letting the machines gently engulf the organic life on “Emerald Rush.” It’s a sleek journey from one moment to the next, just make sure to snap back to reality at the end.

Olafur Arnalds is no stranger to settling, somber music – his soundtrack to Broadchurch manages to subtly express the wide range of emotions that superb show will run you through. He’s also quite adept at more uplifting, energetic sounds – reference his dance outfit Kiasmos. On re:member he crafts a nice mixture of the two to usher in a pleasant aura of melody. Shuffling strings and a tickling of ivory on “Unfold” give way to the soft crooning of SOHN, while “ypsilon” plays with light and feathery plucks that teeter on to Sting territory, while “partial” gently drones on for a moment before letting loose with a swell of ear candy. Thankfully these songs aren’t mourning scenes of human misery, but rather giving us a nice push forward to get through the day.

Hammock makes music for the end credits of movies that don’t exist. Something written by David Mamet and directed by Michael Mann. An intense movie that slowly arrives at a satisfying conclusion, letting everyone breath a sigh of relief. As the character we’ve come to love slowly fades to black, the songs of Hammock would gently creep in as the name of the director comes on screen. We sit in the theater, silently reveling in whatever awesomeness we saw, and let Hammocks music jumble the scenes around in our brains, quietly enjoying and appreciating the artistry we’ve been a part of.

Keith Keniff has multiple personalities to address his broad sonic horizons. As a composer, Helios and Goldmund are two sides of the very same coin. Helios basks in the soft light of synthesis and fuzzy, reverb-drenched guitars, while Goldmund wanders more in the natural world with gentle pianos and gentle strings. Both linger on moments, letting the music take its time to breath and ferment in the listeners ears. It gives the us time to appreciate it, but nothing ever outstays its welcome.

Rafael Anton Irisarri (AKA The Sight Below) remarked on Twitter that it is very true that anyone can make ambient music. With some affordable software and a PC, the world is at your fingertips if droning synth pads are your thing. But, the disclaimer came in the form of a veiled warning – good ambient music is a journey, it tells a story to the listener. It’s not a genre of singles, it is not a genre for bluntness, its for those that like subtly, listening for the way tones and sounds gently shift to guide the listener. Within the confines of these rules, Poemme (Angela Klimek) is one of the most exciting storytellers of recent years. Both albums released in 2018 invoke time alone, spent walking through nature, simply trying to let the workaday world wash away.

LA based (Philly raised) harpist Mary Lattimore creates a kind of electronically avant-garde harp music that’s really hard for me try to put in to works. That’s not to say that the music is pretentious or purposefully heady, it’s quite melodic and soothing, it’s just that not a lot of artists mix this kind of techno aesthetic with, well…. a harp. Hundreds of Days is her most accessible album yet, but don’t let that fool you in to thinking it lacks the maturity of a musician of Lattimore’s caliber. If there is a musical instrument that is medically guaranteed to lower blood pressure, I’d bet it’s the harp.