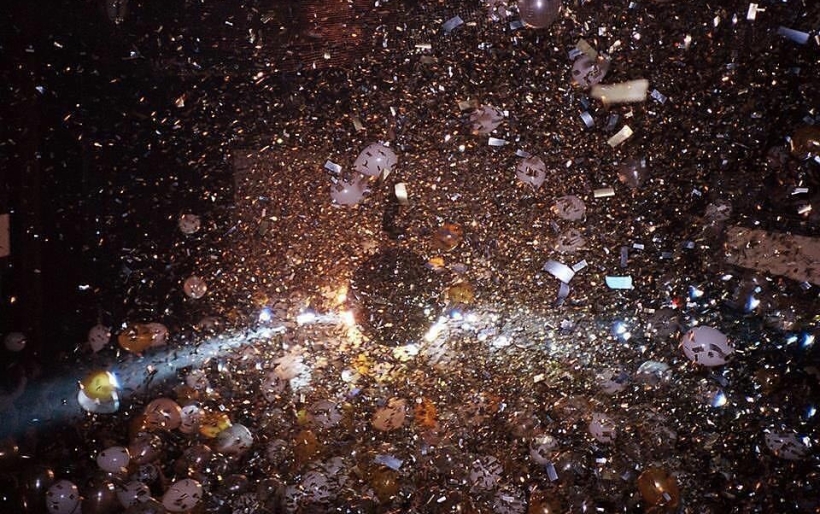 Every year, long-running Philly DJ Dave P and the Making Time crew purchase several pounds of glitter — pounds! that’s a lot of glitter… — to bomb Union Transfer with at the stroke of midnight. The Making Time New Year’s Eve is a long-running tradition in Philly, going back to the early days when it was at Transit and somebody like Man Man was the house band.

This year’s party is themed LAST TRAIN TO TRANSCENDENTAL, and the whole idea of “transcendental” is something of a Dave P mantra. Where most parties hit a certain level and then never take it higher, Dave aims to transcend. Here’s a look at a past MTNYE in action, the stroke of midnight when Tame Impala’s “Let It Happen” soundtracked the epic balloon drop.

With the last train pulling up at the station and pulling away this Monday night, Dave P has shared with us this DJ mix to get you hype for the party. Recorded live at his …All Night Long party at The Dolphin on November 10th, it opens mellow and meditative with gems like Radiohead’s “All I Need” and The Cure’s “Lovesong” before the beats kick in at the 42 minute mark with Joy O’s “81b” and from there, there’s no looking back.

The Making Time New Year’s Eve kicks off at 9 p.m. on December 31st and goes into the early dawn hours (for those who attend the after party, as well), soundtracked by the DJ talents of Dave P., Zillas on Acid, LISAS, Greg D., St. Vena, and Russell Alexander. Tickets and more information can be found here.