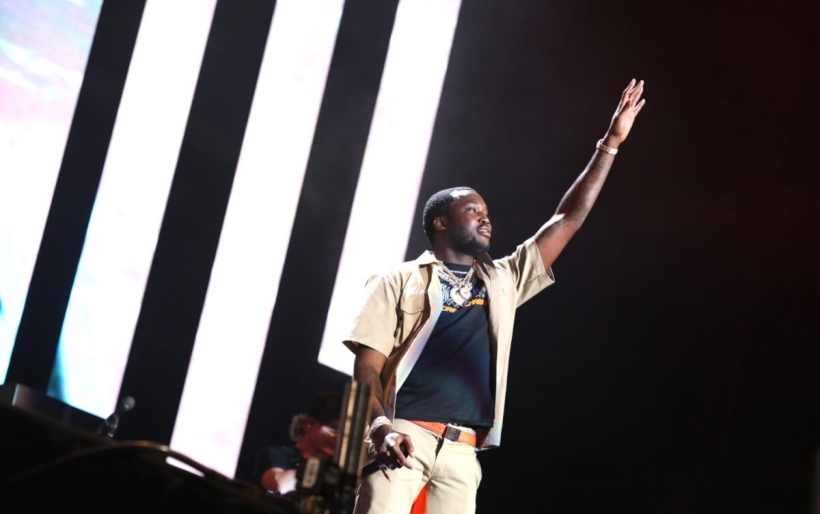 Far beyond Philly, Meek has inherited the earth: The Year in Milly 2018

Drake might have moved more units. Pusha T might stirred more shit. Childish Gambino might have made more multi-media moves. Offset might have truly fucked up by cheating on Cardi B. Kayne West is a MAGA-hat-wearing-imbecile.

Yet, when it came to snaring headlines for something solid beyond gossip and innuendo – and winding up with a surprisingly rich and righteously different new album in Championships – Philadelphia Meek Mill took the cake and made all the right moves in 2018. Not only was he able to pour the milk of human kindness on thick (beef squashing with longtime rival, Drake), Philly’s Milly became the wisely wordy brand ambassador for the anti-prison complex establishment after his time in the joint.

I don’t agree with Mill all the time or think his word is gospel, but in 2018, Meek showed that he cares, and is looking to make a difference. That says a lot in 2018, for any artist or man.

February:  Reginald Graham, the Philadelphia police officer behind Mill’s original 2007 arrest was brought under scrutiny for the potential mishandling of Meek’s arrest. This revelation comes from a whistle-blower’s testimony claiming that hundreds of other corrupt officers making similar misguided arrests exist. An appeal to reverse Mill’s conviction was submitted the next day.

April 24: Mill gets released from his Chester, PA jail cell pending the outcome of the appeal to the Pennsylvania supreme court. Philadelphia district attorney Larry Krasner had petitioned Judge Brinkley for his release, citing credibility issues with the arresting officer in his initial 2008 conviction.

Billionaire and 76ers owner Michael G. Rubin flies Meek to a Sixers game to perform a ceremonial bell-ringing on the court before the start of the game. After this, Mill states that he plans to use his fame to “shine a light” on the criminal justice system.

May 6: Meek turns 31, and celebrates at Miami’s Komodo. Mill also attends birthday parties for DJ Khaled and Yo Gotti later in the spring.

July 6: Meek’s Legends of the Summer EP drops right after the 4th of July, as a show of his own independence and freedom.

September 1: Meek headlines day one of the Made in America festival, playing to a packed Parkway of hometown die-hards.

September 7 and 15: During Drake shows in Boston and Philadelphia, Meek jumps on stage and publicly squash their long-running beef to the accompaniment of Mill’s “Dreams and Nightmares.” They shook hands and hugged it out before Mill’s exit on both nights.

November 16: Meek announces that his fourth album, Championships, his first since being released form jail, will drop on November 30. By December 11, it debuts at #1 on Billboard’s top albums chart.

November 26: Right before the album drops, Meek pens a deeply challenging and calmly incisive New York Times op-ed calling for criminal justice reform and a new bill of prisoner rights. He also releases a video of himself in a suit and tie making the same claims.

December 24: Meek responds via Tweet to the anti-Semitic accusations faced by 21 Savage” and his “ASMR” line “We been gettin’ that Jewish money, everything is kosher.” As Meek Tweeted, “Jews have always owned everything in our culture from record labels…our favorite teams…our neighborhoods…our clothing…it has always been a compliment to say we was getting money like them from knowing the history of them overcoming hatred.” He also makes public comments about wanting Travis Scott to back out of his Super Bowl 2019 performance.

December 26: Meek gets the BET Network’s “Man of the Year” honor for finding greater purpose beyond his dreams.

December 24: 3,000+  kids at the Martin Luther King, Jr. Recreation Center in Philly got holiday gifts – 500 bicycles and helmets, 400 PUMA sneakers, 15 Xbox game consoles – courtesy of Meek, his family  and his Meek and the Dream Chasers philanthropic organization who partnered with UMA and GoPuff for the giveaway. Days before that, Jay-Z made a gift to Meek of his own Roc Nation chain. The link is complete.