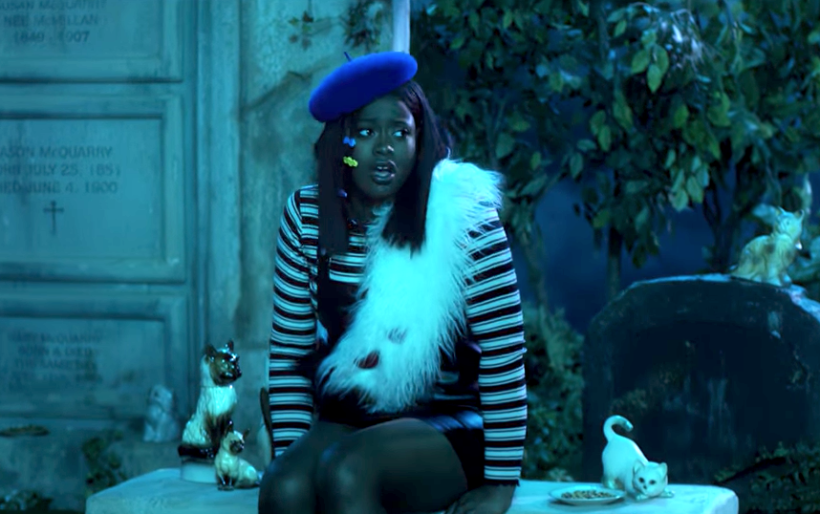 Year-End Mania is the Key’s annual survey of the things below the surface that made 2018 incredible. Today, Key photographer Isaiah Spicer shares his favorite songs that keep their run-times tight.

If I had a choose a word of the year for music in 2018 it would have to be brevity. For a long time it seemed as though short tracks were just for skits and R&B interludes, but as artists continue to adapt to music’s new landscape and the way that it’s consumed, shorter music seems to be more common.

Sometimes that’s perfect, giving us songs and albums where we get exactly what’s need and nothing more, while other times it can feel like a tease to something that could have been so much more had it been stretched out. Here are a few artists that made the short format work for them and the songs they produced—the year’s top five songs under two minutes.

Earl is one of the best rappers of his generation despite not putting out music on the most frequent basis. He’s often at his best on his shortest verses—Frank Ocean’s “Super Rich Kids”, Danny Brown’s “Really Doe”, “mirror” by Samiyam—so while his first project in three years being filled with short songs felt disappointing at first, I walked away from the project getting everything that I needed to hear from him. “Red Water,” like most of the album, feels like something straight out of the early 2000’s underground hip hop scene; it’s a track that would sit comfortably among J Dilla and Madlib productions. The mixing is purposefully murky with Earl’s voice sounding just a little distant as he raps over a looped sample of one of his older songs, “Solace.”

Realistically, this entire list could be Tierra Whack songs. Anyone who listened to Whack World knows that every one of the fifteen songs, each exactly one minute long, inevitably gets stuck in your head. “Pet Cemetery” pays homage to Tierra’s friend and fellow Philadelphia-born rapper Hulitho, who passed in 2016. The track is uplifted with hope by the “all dogs go to heaven” refrain and a playful, upbeat melody, but ultimately it’s a thoughtful tribute about loss and longing.

His name rarely comes up in the endless GOAT rapper debate, but I’ve yet to hear a convincing debate against Black Thought being the best rapper ever. Last year, he closed out the year with a 10 minute freestyle on Funkmaster Flex, this year with a 23 minute Salaam Remi produced album. On “History Unfolds” Black Thought flexes his ability as efficiently as only a handful of artists can, packing analogies and metaphors over Salaams’ neck-breaking boom bap beat.

“When The Gloves Come Off” – Tyler the Creator

Tyler the Creator’s rebrand is getting up there with Gucci Mane and Snoop Dogg. The rapper who was banned from the UK and boycotted by more than a few activist groups in the past just finished scoring a Grinch reboot. “When The Gloves Come Off” is part of an EP of holiday themed music. The track feels a lot like the outro of his Flower Boy album, “Enjoy Right Now, Today” with some holiday spirit mixed in. Tyler’s voice is mostly absent on this, letting Ryan Beatty doing most of the vocal work outside of a few adlibs, but his underrated skill as a producer is on full display.

I’m not sure how I feel about alter egos in rap. There’s a few—MF Doom, Captain Murphy, Quasimoto—that are integral to the artist, but 99% of the time they come across as unnecessary gimmicks. Earlier this year, four days before his album release, J Cole silently released Tidal Wave under the name kiLL edward, a name we would later see pop up on his album. This feels like that second unnecessary type of alter ego, but the snippet is gold. The word that comes to mind for Tidal Wave is hypnotizing, it’s one of those songs that loops perfectly from end back to beginning, leaving you listening for hours on end.