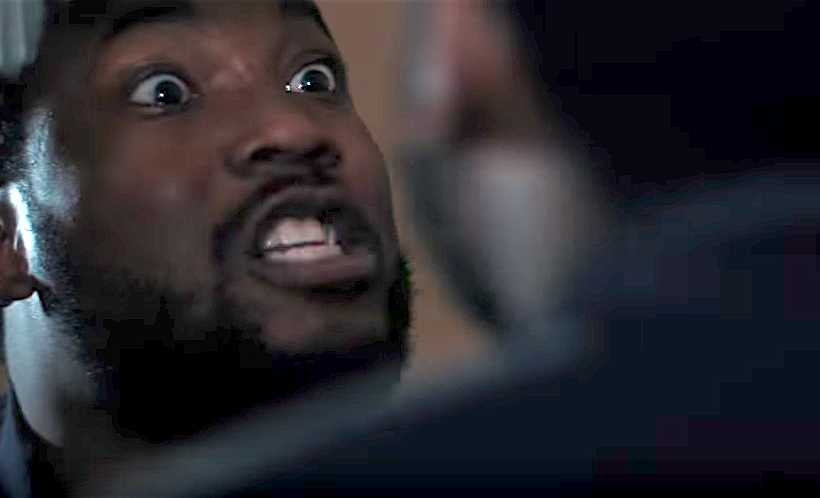 Here’s one we missed over the holiday weeks: a new video from Philly rapper Meek Mill that adds a gripping visual dimension to his song “Trauma,” a song that already has layers of impact at the top of his new Championships album.

Over its four minute runtime, Meek outlines his own struggles with the criminal justice system (“Watching a black woman take my freedom almost made me hate my people / When they label you felon, it’s like they telling you they not equal / 11 years going to court knowing they might keep you”) and paints a picture of police brutality (“They shot that boy 20 times when they could’ve told him just freeze / Could’ve put him in a cop car, but they let him just bleed / ‘The ambulance, they coming baby, just breathe.'”)

The video, directed by Will Ngo, shows Meek rapping in the backyard of a rowhome alongside shots of him and his son, and intercuts it with vignettes of inner city struggle: broken bottles, drugs, stick-ups, police cars prowling, guns fired, somebody bleeding on the sidewalk. The most intense parts of the video, however, are the recurrent shots of Meek rapping to himself in a mirror, almost as though he’s looking through time to desperately warn himself of the obstacles surrounding young black men in America.

Meek had this to say about the lyrics of “Trauma” in an interview on Power 99:

Coming up in the street life that we was bought into and the lifestyle we used to praise so much…a lifestyle I used to praise, that I thought was the dopest lifestyle in the world. But it was short-lived and it was only disastrous for most of the people I know. So I just wanted to give people the different layers of what goes on in these lanes.

Watch the “Trauma” video below. Meek Mill plays The Met Philly on Friday, March 15th and Saturday, March 16th. Tickets and more information can be found at the XPN Concert Calendar.