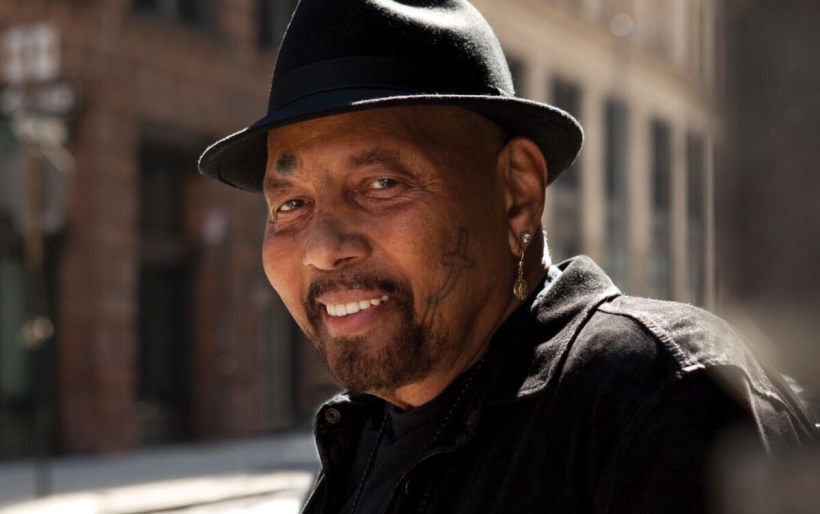 The new testament of Aaron Neville

There is much to unpack when contemplating Aaron Neville, the improvisational, interpretive voice of the angels — to say nothing of the Cajun saints of New Orleans — renowned for his work (and life) with the Neville Brothers, duets with Linda Ronstadt, and a solo catalog that stretches back to 1960’s “Over You” and 1962’s”Tell It Like It Is.” By this point, it is triple (not second) nature to say that the large man with the high lilting voice is a wonder of the world not yet numbered. “I don’t plan what I’m going to sing or think through it too hard,” says Neville from his home in New York City about the level of in-the-moment improvisation that he and his vocals live through. “It just happens…that’s what comes out.”

Yet, for all of his time into the naturalistic art of song, a fleeting few tunes’ lyrics have been penned by Neville himself. Yet, when he did – with the sultry likes of 1989’s “Yellow Moon” – the effects were illuminating, haunting and oddly joyous.

With his muscular, most recent album, Apache, its release on his own Tell It label — and his stripped-down live showcases at ArtsQuest Cente’s Musikfest Café in Bethlehem, PA on Wednesday, and the South Orange Performance Arts Center on Saturday — Neville, at the age of 77, seems more ready than ever to take full control of his destiny. “I’m not older,” he says, perturbed, when I ask what the music of his youth (Creole sounds, country, doo wop) means to him as he’s aged through each vintage genre. “Music has no age. There is no difference in music when it comes to time. It all comes from one place.”

I wasn’t implying that he was an old man, but that, rather, he had reworked the sounds of the ancients  – his own Choctow and African-American roots – into something sonorous and soulful. Old or not, Neville has, however, been able to shapeshift the wise sounds of his earliest days into something more contemporary. Take 2013’s Blue Note My True Story and lustrous 50s-era harmonies produced by Don Was and Keith Richards. “I love doo wop, always have…,” Neville says of My True Story, and its trip into street corner harmonies.

Then there is the fact that Neville has always written lyrics and poems, but mostly kept them to himself. “I have to be inspired to write, have something happen to me, or something that is on my mind,” he says. “It’s not premediated.” Now 30 years old, “Yellow Moon” was just that sort of circumstance — written on the occasion of his then-wife Joel (his childhood sweetheart who passed away several years ago) going on a cruise. “She had this opportunity to take a cruise, something she had never done in her life and probably wouldn’t have had this offer not come about, and I told her to take it. It was our 25th anniversary and she was with her sister, at the same time it was our 25th anniversary. I stayed home with the kids while she was out to sea, and I kept looking up and seeing the big moon, and I just started writing. ‘Yellow Moon’ was a poem.”

Since that time (or at least since the advent of the iPhone), Neville claims to have over 100 poems on his Apple. “I write when the mood strikes, when there’s a feeling to convey I can’t keep inside, and save them on my iPhone,” says the singer. After a time, and contact with producer and multi-instrumentalist Eric Krasno (Lettuce, Soulive) and Dave Gutter (Rustic Overtones), a plan was concocted around those poems, and a dense, tense R&B sound was devised, one reminiscent of Neville’s own hard “Hercules” hit penned and produced by Allen Toussaint.

“That was their template, the song and sound they modeled ‘Apache’ after,” says Neville, discussing how both player-producers were knowledgeable of his craft and flexible and diligent in its rendition. “They weren’t copying it or trying to. ‘Hercules’ was their inspiration,” he says, sternly. That comes through most intensely on the likes of “Stompin Ground” (“that’s my tribute to New Orleans”) and the hearty “Make Your Momma Cry.” Then there is the starlit ballad “Sarah Ann,” of which Neville is most proud. “She loves it,” says the singer of the song dedicated to his wife and her fortitude. “That makes me happy.”

The other thing currently making him gleeful — along with contemplating his new home studio set up, further self-penned lyrics and the very real possibilities of a blues album to come in 2019 — is this Aaron Neville Duo tour which hits the area twice this week, one where he and pianist/keyboardist Michael Goods “rehearse, over the phone, some 250 songs” and pare everything down to sinew and bone.

“This way I don’t have to scream over a big band,” Neville says. “I can whisper. I like that.”

The Aaron Neville Duo performs at ArtsQuest Cente’s Musikfest Café in Bethlehem, PA on Thursday, January 10th, and the South Orange Performing Arts Center on Saturday, January 12th. Tickets are available for both concerts, more information can be found at the XPN Concert Calendar.