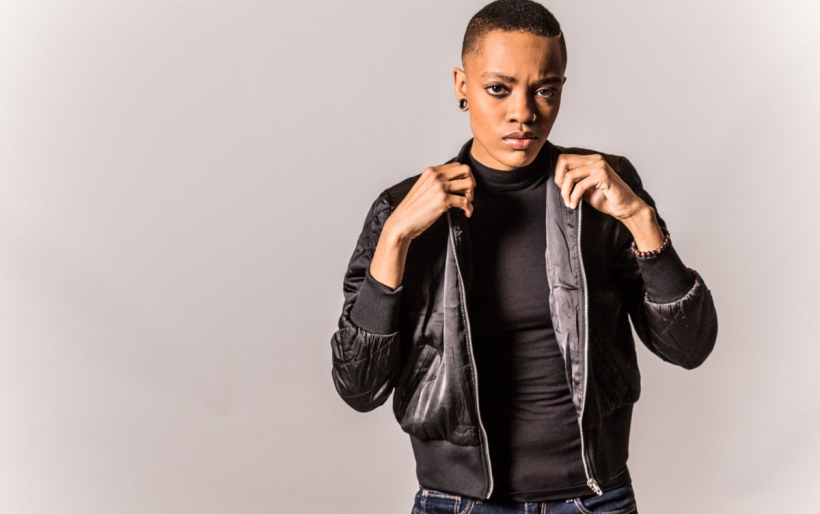 Joie Kathos draws inspiration from Tupac on “Rounds Off”

Speaking in a 1994 interview about the struggle for black equality, hip-hop icon Tupac Shakur used a particularly striking image of singing for food: “Every day, I’m standing outside trying to sing my way in: ‘We are hungry, please let us in.’ … After a year you’re just like, ‘I’m picking the lock, coming through the door blasting!'”

The last part of that quote struck a chord with Philly rapper Joie Kathos, who based her new single “Rounds Off” around a sample of the interview. As a spaced-out beat, minimal beat circles and hovers around the scene, Kathos uses the first section of the song to create an image of her lyrics being the thing that’s getting blasted — the rounds you hear about in the title. But at the halfway point, the song switches from boasting about skill to reflecting on society. Like Kathos raps, “My whole life changed when I changed my mission,” and the second part of the song tackles societal ills, but also calls out complacency when it comes to police violence against black men.

Its a lot to pack into two minutes, but Kathos does it admirably. Take a listen to “Rounds Off” below, followed by the Tupac interview that provided source material and inspiration.