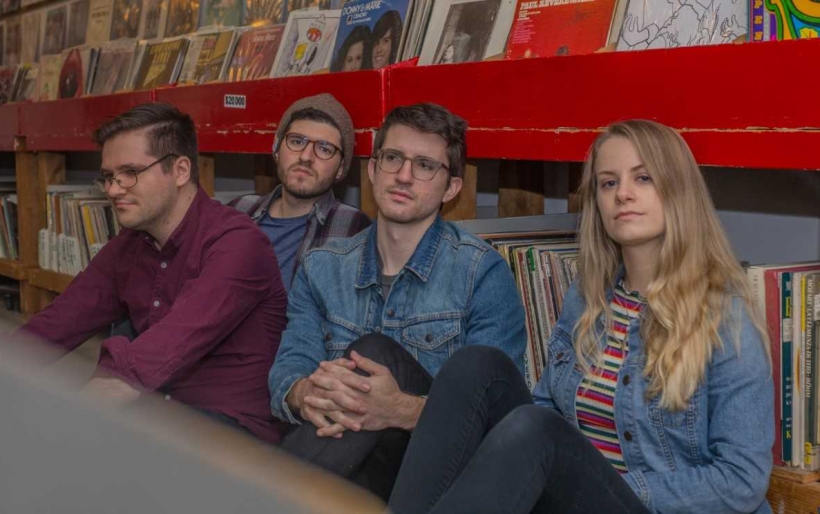 Buddie | courtesy of the artist

Buddie gets some personal perspective on its Change of Scenery EP

Songwriter Dan Forrest found himself in a vast variety of locales over the past two years, from West Africa to Southwest Philly. As such, the songs he wrote for his indie four-piece Buddie‘s new EP Change of Scenery adds a wide and varied lyrical perspective to their explorations of Pavement-via-(Sandy) Alex G fuzz rock.

As Forrest tells us, he began working on the EP’s five songs while he was working as a conservation biologist in Equatorial Guinea — the shimmering, Britpop-toned “Selva” and Weezer-ish cruncher “Anxty” — and wrote the newest of them just before recording last winter in their Grays Avenue practice space and studio with Keith Abrams — the wailing opener “Sloth” and the hooky fun of “Sink.” The songs meditate on self-discovery, personal growth, friendship, and empathy, with closer “Privileged Youth” an honest look at acknowledging one’s position in the world, and using that to inform how we interact with others.

Since wrapping production on the project, Buddie has come together as a live band with guitarist Danielle Farley, bassist Brian Thomas, and drummer David Dean joining Forrest onstage. Change of Scenery releases on cassette this Friday, January 11th, via Super Wimpy Punch, but you can take an exclusive first listen to it below. The band plays a record release on Friday, January 12th, at Super Wimpy Punch HQ in South Philadelphia (more information here); it also has a January 26th show at The Soda Bar with Median and Tea head (info here).