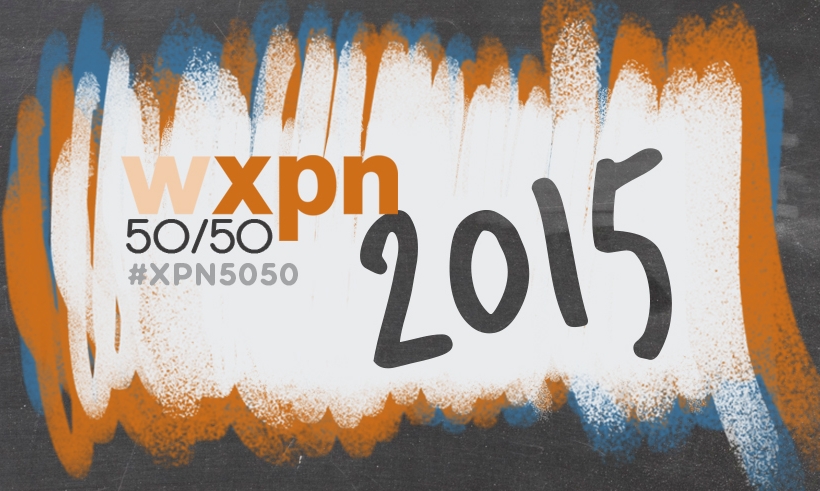 For fifty weeks over the next year, we’re celebrating the music of a specific year every Saturday on WXPN. We’ll be choosing the years randomly; for this #XPN5050, Kristen Kurtis is putting the musical spotlight on the year 2015.

In some ways, it seems strange to be celebrating such a recent period of time in our year of throwbacks, the #XPN5050. Like, wasn’t it just 2015 not all that long ago?

But take a look at a few of the albums released then, and you’ll agree. This wasn’t a year where music needed time and distance to be assimilated and appreciated in the realm of music history. This is a year of records that arrived on the scene fully formed, of instant classics.

Kendrick Lamar brilliantly made the personal political and the political spiritual on To Pimp a Butterfly. Courtney Barnett solidified her stance as a master storyteller on Sometimes I Sit and Think and Sometimes I Just Sit. Alabama Shakes melded rock and soul and punk and electronic music in unexpected ways on Sound and Colour. Tame Impala pushed the boundaries of space and time on Currents. Kamasi Washington became the first jazz superstar in a generation with his aptly-titled album The Epic.

In the pop sphere, Coldplay sounded bigger than ever on the irresistible Mylo Xylato, Adele broke hearts and sales records on the cathartic 25, Florence and the Machine reached dramatic new highs on How Big, How Blue, How Beautiful, Miguel crafted a masterful ode to young adulthood on Wildheart, and Carly Rae Jepsen endeared herself to the Pitchfork set on the unstoppable e*mo*tion.

On the Philadelphia front, Hop Along broke onto the national radar in a big way with Painted Shut, The Districts did the same with their label debut A Flourish and a Spoil, and Kurt Vile continued flexing his constant hitmaker prowess on B’lieve I’m Goin’ Down. And, on WXPN, the airwaves were alight with retro soul from Leon Bridges’ Good Thing, the heartland rock anthems of Dawes’ All Your Favorite Bands, and acoustic explorations on Ryley Walker’s Primrose Green.

On the big screen, it was a year of otherworldly journeys — Star Wars: The Force Awakens and Mad Max: Fury Road — and intense adventures in the wilderness — The Revenant and The Hateful Eight — as well as the hotly anticipated and controversial 50 Shades of Grey, as well as the uplifting modern pugilist’s tale, Creed (an amazing revival of the Rocky franchise).

On Television, we saw the debuts of Schitt’s Creek and Empire; horror aficionados got to go on a new adventure with Bruce Campbell and friends in Ash V Evil Dead, the true crime docu-series Making a Murderer had the country watching and talking, and NBC’s production of The Wiz Live! had us tuned in and dancing, redefining the possibilities of live event television.

Back to the music, though, you can re-live the sounds of 2015 with this Spotify playlist.