Gary Clark Jr. takes on racism in middle America on his powerful "This Land" video - WXPN 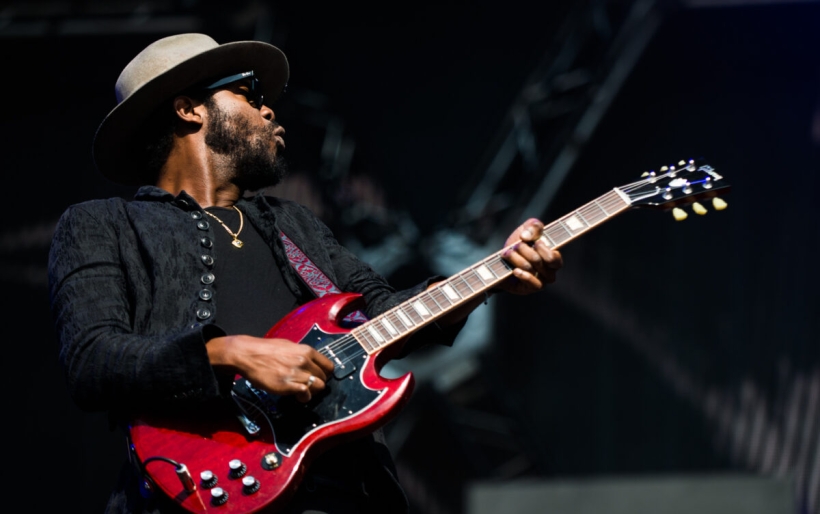 Gary Clark Jr. at Made In America | Photo by Cameron Pollack for WXPN

Gary Clark Jr. takes on racism in middle America on his powerful “This Land” video

Blues rocker Gary Clark Jr. has announced that his forthcoming album This Land on will be released on March 1, and ahead of the release he’s shared a powerful video for the title track. Lyrically, Clark uses “This Land” to illustrate how inextricably tied the personal and political can be, using autobiographical details of his rural Texas upbringing, a place he describes as “right in the middle of Trump country.”

The picture he paints comes even more alive in the Savanah Leaf-directed video, as we see how blatant and violent racism affected Clark’s daily life as a child. That the video was filmed near Clark’s home outside of Austin only makes the realism even more striking. “I hope the video and the song together accomplish acceptance and moving forward,” Clark told Rolling Stone.

Gary Clark Jr. also spoke to Rolling Stone about how he chooses to use his platform.

“I think it’s only right at this point in time, if you have a microphone louder than others, to speak out about that anger. I haven’t been through shit compared to my people. But if I can do anything with my opportunity, and say thank you to Dr. Martin Luther King for sacrificing your life so that I can have a microphone … that’s the least I can do.

This Land is out March 1. Gary Clark Jr.’s tour behind the new album includes a show at The Met on March 29; find tickets and more information on the XPN Concert Calendar.