The colors of Chromelodeon - WXPN 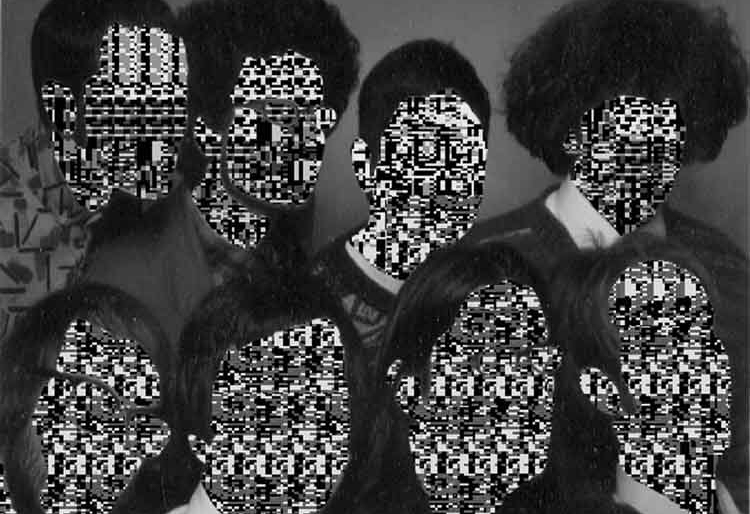 Chromelodeon | image courtesy of the artist

If the Marios were more super than your brothers and the sounds of video game music (VGM) was your EDM from the years 2000 to 2007, then the seven-to-nine collective membership of Philadelphia’s Chromelodeon was your cup of tea. When they reunite at PhilaMOCA this weekend – January 19 and 20 – for their first shows in 11 years, it will be for the love of the game, past and present, as well as for the mutual respect of its metal machine music makers.

“Video games were definitely an important part of all of our childhoods,” says bassist Denny Barron of a South Jersey youth that led each member (synth men Dino Lionetti and Ryan Soloby), guitarists Danny Tarng and Eddy Tsang, drummers Patrick “Bucky” Todd and Joseph Idell, accordionist David Chapman and visual artist Chris Singer) to the Chromelodeon center. “The sound of those games was always something that we carried with us as well developed as musicians throughout our lives.”

The video gaming music scene of the time, whether you look at Philadelphia or the east coast in general was not quite where it is at present. At that time, in the memory of this writer, there was just starting be this nostalgia for all things peripheral to gaming, let alone its soundtracks.

“It’s certainly not as mainstream as it is now,” noted Barrron of all instrumental game music. “In 2000, we weren’t aware there really was a scene. In 2002, we started playing a track from Mega Man 3 live and that was when we got attached with the ‘video game band’ label. In 2004, we had put out a full length album of Ninja Gaiden 2 covers and began to play video game conventions where we were able to expand our audience.”

Named after Harry Partch’s modified pump organs geared toward his radically individualist sense of tonality (“it was either call ourselves THAT or Spoils of War”), Chromelodeon wrote both original songs that benefitted from the crash bang boom of video games, along with mastering cover tunes from games of the era. “But in all honesty, we weren’t really trying to write songs that sounded like video games,” says Barron. “We were just trying to be a good rock band.”

A rock band, however, that, held that specific niche as its own.

Being an instrumental band allowed Chromelodeon to take the idea of performing video game covers seriously. “An average local punk band with a vocalist will add a cover to their live set that is an influential song to them and perhaps is something that the audience knows that will make their originals more digestible,” muses Barron. “We kind of did the same thing, only the influential songs that we chose to cover were instrumental songs from video games. Once we started doing that, the audience seemed pleasantly surprised because we were playing songs that they were familiar with, but never expected to hear in a live rock show setting. Soon we started to add more video game covers to our set and we started to use the Little Sound DJ Gameboy cartridge while writing original material. Soon, the line dividing video game covers and original material had been blurred a bit and made combining the two feel more fluid.”

Part of its specificity in regard to the video game sound stemmed from the use of the LSDJ, or Little Sound DJ, a Game Boy music tracker.

“Dino, from what I remember, introduced us to that. He stumbled upon it online at some point in the early 2000s and bought one on a whim.” On the song “One,” from the band’s Heart of Sawdust album, they used the LSDJ for the first time on a recording. “We pretty much just used it to create a simple drum beat during a quiet part in the song. Our next and final record of original material featured the LSDJ prominently on every song and you can absolutely hear the difference when comparing those two recordings. The song writing didn’t change all that much. We were still very much writing Chromelodeon songs, but adding the Gameboy textures definitely added an interesting dynamic that took the songs to a new level.”

By the time, they started playing out live in Philly and beyond, Chromelodeon was the odd man out, for the better and the worse. “When we hit the road on tours, most venues didn’t know what local acts to book us with, so we usually got the town’s local weirdo act. Some times that worked out well and we got to play with cool bands like the LSDudes, Captured by Robots, and Evolution Control Committee. But most of the time it would be awful.”

Chromelodeon has been asked to reunite many times since it ended in 2007. This time, however, the full ensemble were asked by MAGFest, a gaming convention in DC, to perform again, “It felt right and the timing worked out for everyone,” states Barron. “During the two shows at PhilaMOCA, we plan on playing about an hour of material that spans most of our entire run. Originals and video game covers. We’ll have different openers each night. We’ll have our friends, nml styl and Korine on Saturday and Exmaid and Chipocrite on Sunday. We don’t know if the world needs Chromelodeon now. There are plenty of great bands out there now doing a lot of rad things.”

No one does it as playfully and gracefully as Chromelodeon, though.

Chromelodeon plays PhilaMOCA on Saturday, January 19th and Sunday, January 20th. Tickets and more information can be found at the XPN Concert Calendar.