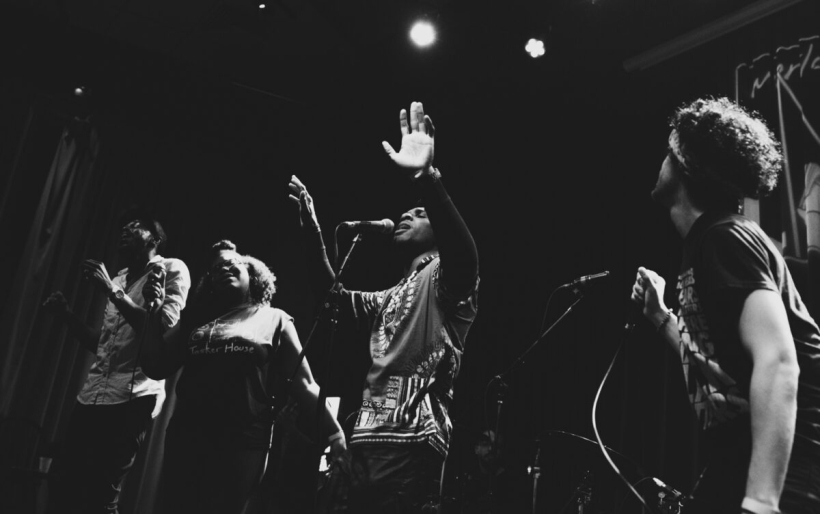 Philly hip-hop collective ILL DOOTS released their self-titled LP last summer, and now they’re back with a video for “Free,” the album’s closing track. Local artists Zeek Burse and Khemist, who both contributed vocals on the track, join the ILL DOOTS crew for the video as well.

As bright and catchy as the song itself, the colorful video pairs the upbeat tone of “Free” with its more serious message — according to a statement from the band, “‘Free’ is a commentary on the commodification of black bodies, fetishization of poverty, gentrification, and being a person of color in a white world.”

The idea behind the video for “Free” was dreamed up by the band members, and they handled all production elements themselves. Watch below and find the full ILL DOOTS LP here. Khemist, Zeek Burse, and ILL DOOTS will all play the 20th anniversary tribute to The Roots Things Fall Apart the XPN Concert Calendarat World Cafe Live on February 23rd. Tickets and more information can be found at .