If you're lonely or in love, Nick Cianci's "Goodnight, and Happy Birthday" was written for you - WXPN 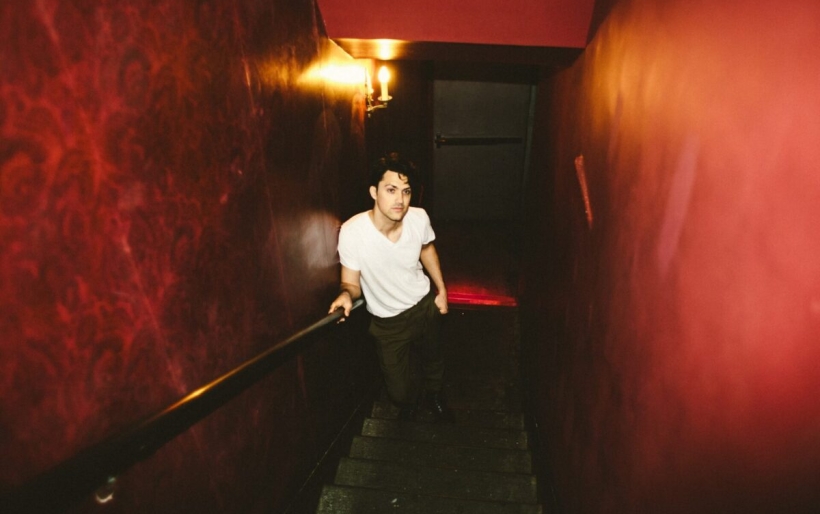 Nick Cianci | photo by C.J. Moy | courtesy of the artist

If you’re lonely or in love, Nick Cianci’s “Goodnight, and Happy Birthday” was written for you

Malvern-born, Brooklyn-based singer songwriter Nick Cianci is back with his first single release since last summer’s High Fidelity Depressed EP, and the mood that he conveys with “Goodnight, and Happy Birthday,” is one of longing and confusion and a certain existential dread. Cianci is able to set the scene with vividly personal images that creep from his lyrics between dissonant guitar chords and intricate, frustrated riffs.

While High Fidelity Depressed listened like an consistent narrative, this single feels like you’ve been dropped right in the middle of the exact awkward party Cianci has found himself stuck in. It’s three minutes of a moment, and then it’s gone. He’s great at pinpointing small, seemingly insignificant instances and making them feel familiar. We’ve all found ourselves second guessing where we stand with a person, or so painfully uncomfortable in some social scene we definitely didn’t want to be in. Cianci has dropped us right in, and we feel for him when he repeats “it’s alright if you just wanna be alone tonight.”

This song is about the fear of failure, the fear hanging in a limbo with someone, or even with yourself, yet still recounting over and over that everything will probably be fine. The unknown doesn’t last forever. There’s a slow-building tension in beginning that reels us in with the addressing of the issue, and then the final, insurmountable key change that explodes in the final verse in chorus. Everything is left so on edge that we actually question, will this guy be okay??? There’s no audible resolution. And then it just – fades, and everything is dissonant and uncertain, and Cianci feels purposeful in doing this. It leaves me wanting so much more, and I know he’ll deliver.

If you’ve ever known how it feels to be lonely, you’re going to feel like Cianci is singing right to you. He’s done it again with an edgy and emotional take on a very universal feeling, and I can’t wait for whatever he has in store next.