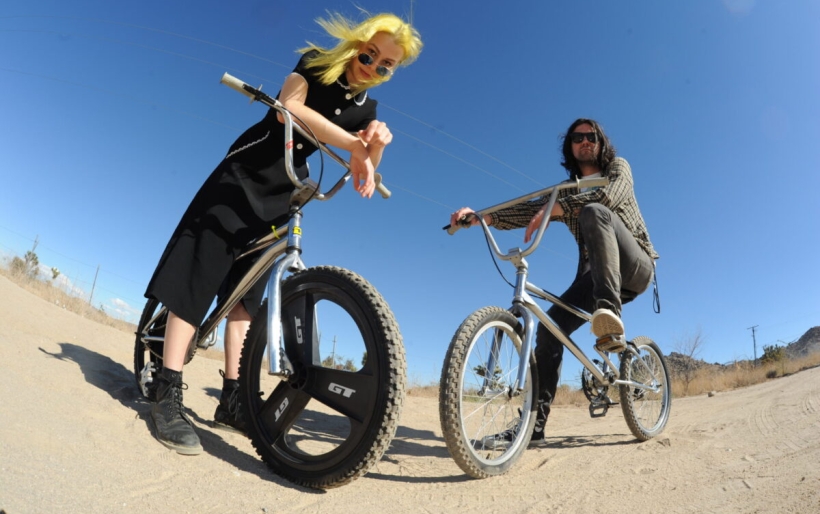 Frequent collaborators Phoebe Bridgers and Conor Oberst have worked together so often over the last few years that news of a full-length release from the duo shouldn’t surprise us — and yet it did. Maybe the two artists sensed that rolling out their new project, Better Oblivion Community Center, wouldn’t be a huge shocker if they did it the traditional way. According to a press release, the two songwriters “kept their plans under wraps for months as they wrote and recorded in Los Angeles in the summer and fall of 2018,” opting for some cryptic teaser brochures offering services like “chosen family therapy” and “free human empathy screenings.”

And before anyone could say the name of the new band three times fast, Better Oblivion Community Center was performing on The Late Show with Stephen Colbert and their LP had appeared on streaming services. The self-titled release includes 10 tracks that see Bridgers and Oberst sharing vocals and meshing their songwriting styles in a way that seems effortless. In a way it’s familiar — there’s no mistaking the artists behind this record for anyone but Conor Oberst and Phoebe Bridgers. But while we’ve heard the two songwriters collaborate before, they’ve mostly sung on each other’s already-written songs — this has them fully and equitably intertwined.

Better Oblivion Community Center marks the second supergroup-style collaboration Phoebe Bridgers has undertaken recently — we all know and love her boygenius project with Julien Baker and Lucy Dacus — but what’s more surprising is that Oberst, who’s been releasing music for about 25 years, hasn’t really written songs with someone before, according to an interview the two did with Rolling Stone.

The record is a solidly impressive collection of songs from two incredibly talented musicians, full of quiet thoughtful moments, catchy pop-ish hooks and the quirky, folk-inspired vignettes that make us love each artist’s solo work. But almost as entertaining as listening to the record is imagining how it came about; how two artists join forces to push each other creatively and weave their voices into combined narrative — even if it was just a matter of time.