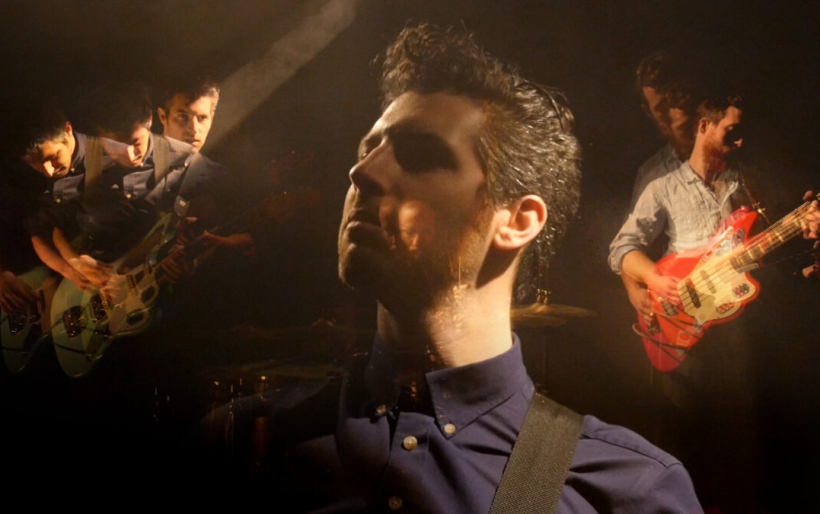 Thrills | photo courtesy of the artist

Thrills shares a dreamlike video for “Both Ways,” the title track to their debut LP

Philadelphia electronic rock outfit Thrills is the impressionistic solo project of Vacationer’s Michael Mullin, where he takes lead vocal and guitar duties with a variety of his bandmates backing him up, for a tapestry of sound and melody reminiscent of Local Natives and Ra Ra Riot. The project just announced their debut LP Both Ways, which will be out in the world on Tuesday, February 26th, and shared a music video for the title track.

The video is a collaboration between Mullin and filmmakers Trey Sheilds and David D’alba, filmed at Fishtown’s Hi-5 Studio, and it layers images of the band playing over top of one another and against a black field. The video, in the artists’ words, “uses light, water, smoke, and curtains to convey the flux between states of reality…[and] to illustrate the idea of multiple inner worlds simultaneously coexisting.” As Mullin tells us in an email:

Participating in paradox is a fundamental struggle of life and required to fully access one’s own consciousness.

We can feel alone in our hyper-connected world. Our inner self is in flux like waves. We flow like water and yet, we stay singularly ourselves;  solid and fixed.

Current scientific theory holds that all particles exhibit a wave nature and vice versa. Does this duality and fundamental aspect of physics speak to the nature of our complete self?

Watch the video and take a look at the album art down below. Thrills is planning a winter album release party for Both Ways; keep your eyes and ears peeled for more details on that.