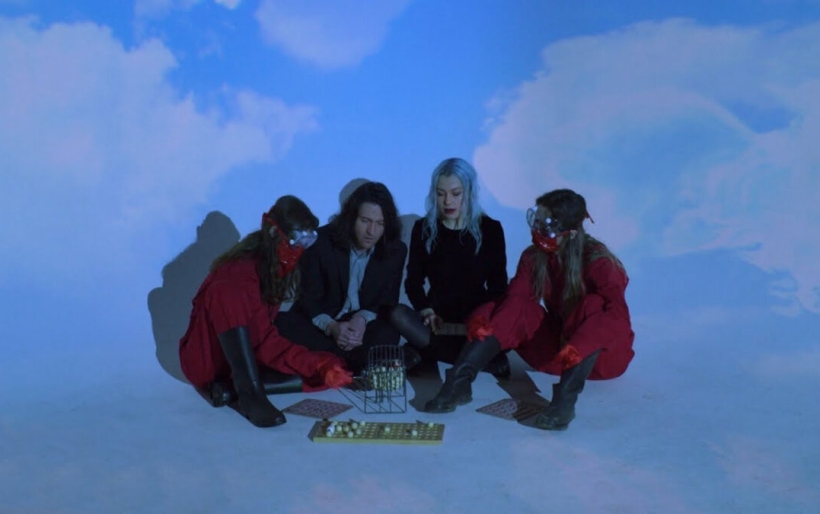 The video plays on ideas of cult and the occult, as well as the weirdness of technology, following Oberst and Bridgers as they attend a meeting by the titular 800-number self-help group, which devolves into candlelit ritual, which devolves into V.R. party. As Zauner says in a press release:

“Phoebe Bridgers and Conor Oberst are two of my favorite songwriters and lyricists of our time, so it was an honor to get to work with them on the visuals for their new project together. As always I worked with Adam Kolodny, my DP and creative collaborator to bring this cross between an Eyes Wide Shut LA mansion party and the Great Northern Hotel to life.”

About that tour: it kicks off in Tuscon on March 8th, and winds its way to Philly on April 2nd at Union Transfer. Tickets are on sale now for those with a Spotify access code (or the ability to read Brooklyn Vegan), and you best move quickly, because they will not last long. More information can be found at the XPN Concert Calendar. Watch the “Dylan Thomas” video below, and read Sarah Hojsak’s review of the Better Community Oblivion Center album here.