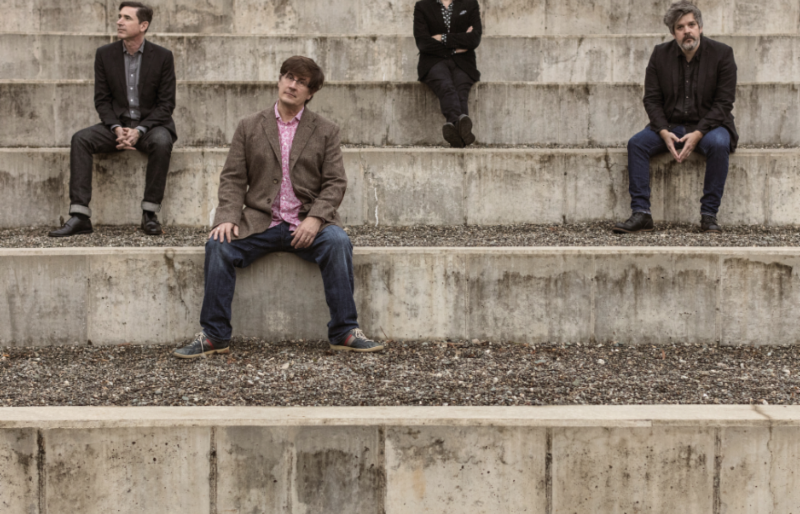 The Mountain Goats | Photo by Jeremy Lange | courtesy of the artist

The Mountain Goats just announced that their latest album, In League with Dragons, will be released on April 26 via Merge Records. As the title suggests, In League with Dragons is inspired by songwriter John Darnielle’s love for Dungeons & Dragons — which, as our friends at NPR Music pointed out, is more of a “tabletop role-playing game” than it is a board game. Ahead of the release, The Mountain Goats have shared a single called “Younger.” Listen below.

Darnielle shared a statement with NPR about the new record.

This album began life as a rock opera about a besieged seaside community called Riversend ruled by a benevolent wizard, for which some five to seven songs were written. When I’m focusing on a project, I always distract myself from the through-line with multiple byways, which are kind of like mini-games within the broader architecture of a long video game. As I worked on the Riversend stuff, weird noir visions started creeping in, probably under the influence of Leonardo Sciascia (a Sicilian author, he wrote mysteries) and Ross MacDonald’s The Zebra-Striped Hearse, which a friend from Port Washington gave me while I was in the thick of the writing. I thought these moods helped complicate the wizards and dragons a little, and, as I thought about my wizard, his health failing, the invasion by sea almost certain to wipe out half his people, I thought about what such a person might look like in the real world: watching a country show at a midwestern casino, or tryout pitching for an American League team years after having lit up the marquees. Finally, I wrote the title track, which felt like a drawing-together of the themes in play: rebellion against irresistible tides, the lush vistas of decay, necessary alliances. I am earnestly hoping that a new genre called “dragon noir” will spring from the forehead of nearly two years’ work on these songs, but, if not, I am content for this to be the sole example of the style.

In League with Dragons will be the follow-up to The Mountain Goats’ 2017 album Goths, and their 17th record overall. The band will make a few regional appearances this spring. Their April 27 show in Rehoboth Beach is sold out, but tickets remain for their Jersey City show on May 1. Find more information on the XPN Concert Calendar.