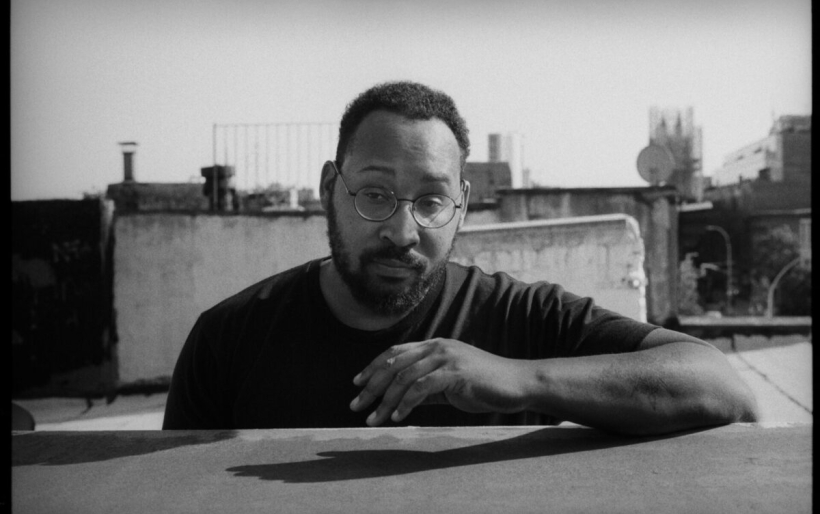 Bartees Strange | courtesy of the artist

England-born, Oklahoma-bred Bartees Cox Jr. has quite the story to tell — and as a songwriter, he does it through his music, performing under the name Bartees Strange. His new song “In A Cab” is a testament to both the musical and personal journey that he’s been on throughout his life; after relocating to the U.S. as a young teen, Bartees immersed himself in music, bridging the gap between the hardcore and emo scenes of the midwest and south and the indie and electronic music that was popular across the pond.

The result is his own personal style, wholly unique, that merges his varied musical influences to convey a highly personal narrative. You’d never be able to tell that music is actually a side hustle for the now-D.C.-based Bartees, who also works full-time in climate change activism.

While he doesn’t shy away from sharing the struggles he’s faced as a black, queer musician, his music is also packed with a positive message of possibility and acceptance, as Bartees explains in a press release.

“My whole life, people have tried to put me in a box. The scenes I play music in, my day jobs, and even in the expectations from my friends. There are so many black and brown people like me all over the country who are hiding in plain sight every day. Who feel discouraged, who feel like they have to hide a part of themselves to be accepted, or who aspire to be something great but don’t know if it’s possible. I just want those people to hear my music and be able to free themselves.”

Listen below. Bartees will play a local show on February 8 at the Grape Room in Manayunk. Find more information on the XPN Concert Calendar.