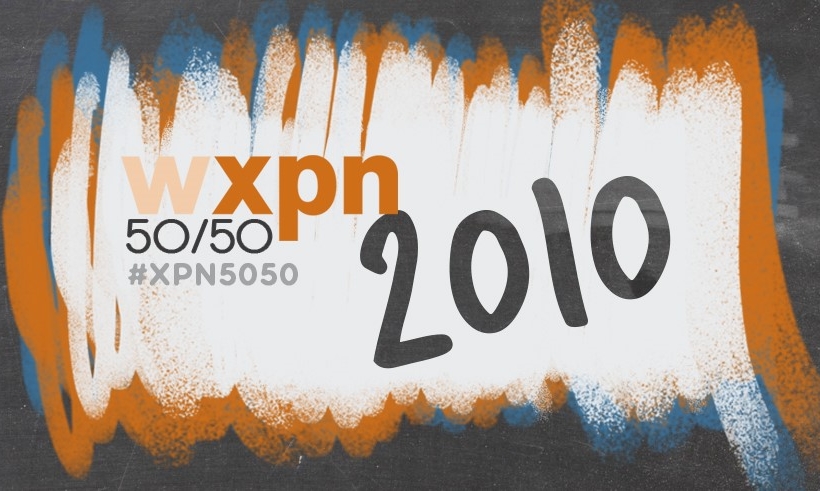 For fifty weeks over the next year, we’re celebrating the music of a specific year every Saturday on WXPN. We’ll be choosing the years randomly; for this week’s #XPN5050, John Vettese is putting the musical spotlight on the year 2010.

The year 2010 was a year of high-highs, a year of records that swung for the fences and hit it more often than not. In the pop realm, it was a year of albums that found artists at the top of their game — Kanye West’s masterpiece, My Beautiful Dark Twisted Fantasy, as well as Gorillaz’s Plastic Beach — and in some cases, just beginning their game with a bang (Janelle Monae’s funky fun ArchAndroid LP). It was also the year of bands previously known as “indie” — Arcade Fire, The Black Keys, The National — making that big leap into the manstream pool. And for some artists, they managed to do both things at once, as LCD Soundsystem did with their party rager This is Happening LP.

On television, the quaint Brit drama Downton Abbey made its debut, but the year otherwise favored the mysterious and macabre: the survival drama Lost, the psychological series Luthur, and the zombie apocalypse serial The Walking Dead.

On the big screen, the story of Facebook was dramatized in The Social Network, while acclaimed director Christopher Nolan got intensely cerebral on Inception, an extreme mountaineer played by James Franco is trapped on a remote desert trail by a boulder and confronts his mortality, while Natalie Portman and Mila Kunis unsettlingly portrayed toxic competitiveness in the ballet-centered drama Black Swan, by director Darren Aronofsky.

Back to the music, we’ve compiled a 88-song playlist drawing on the releases of 2010; listen below.