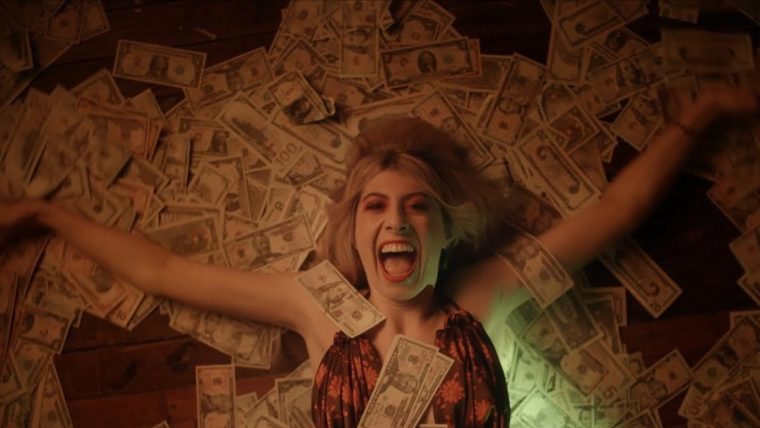 In between releases with her Japanese Breakfast project, the multi-talented Michelle Zauner has become indie music’s most sought-after video director. Zauner first made the leap behind the camera to direct some of her own music videos, and she’s since branched out into creating visuals for other artists — and now she’s back with a new one for “Capacity” by power-pop faves Charly Bliss.

“Capacity” is the lead single off the Brooklyn band’s just-announced new album Young Enough, which will be out May 10. The 70s-styled video follows the aftermath of a not-so-well-thought-out bank heist, of which Charly Bliss frontwoman Eva Hendricks finds herself an unwilling participant who reaps the benefits nonetheless. While Hendricks tosses hundred dollar bills like confetti, Zauner makes a cameo as a wacky news broadcaster named Shelly Breakfast.

Hendricks said in a press release, “‘Capacity’ is a song about wanting to kill your inner people-pleaser, and Michelle beautifully presented a parallel concept, which warns of the perils of getting swept up in other people’s bullshit.”