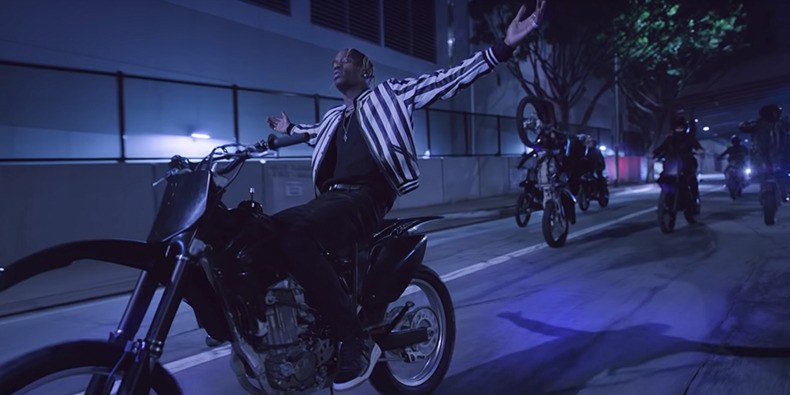 I’ve never ridden a motorcycle myself, but I’ve been around enough of them to know one thing for certain: they’re loud. A dozen-strong clique on motorcycles? Crazy loud.

So that speaks to the transformative nature of Travis Scott and his music — a large portion of his new video for “Can’t Stay” from last year’s Astroworld follows the lauded Houston rapper bathed in the dreamlike purple glow of the deep late night hours as he leads a group of stunt riders through empty streets and plumes of smoke.

The visual alone suggests we should hear roaring motors and squealing tires; it suggests something more brash and aggressive. But paired with the serene atmospheric synthesizers and breathless beats, the scene is actually quite beautiful, and we are right there alongside Scott as he shuts off the outside world and goes inward, into a Zen state of sorts.

Watch “Can’t Say” below; Scott’s next Philadelphia regional appearance is at this summer’s Firefly Music Festival. Tickets and more information can be found here.