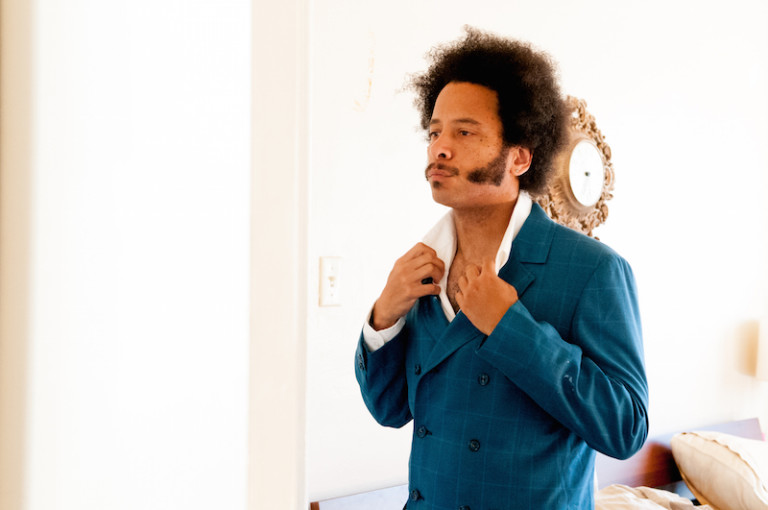 Boots Riley | photo by Amelia Kennedy | courtesy of the artist

Boots Riley will speak about art, activism, and organizing at The Lightbox Film Center this April

Poet, rapper, producer, screenwriter, director and activist are among the many titles Boots Riley holds, and this spring we’ll have the opportunity to hear him speak about his work right here in Philadelphia. The International House at The University of Pennsylvania will host Riley as a guest for Revolution is the Solution: A public conversation on art, activism, and organizing, on April 3 at the Lightbox Film Center.

Known as the founder and lead vocalist of politically-driven hip-hop group The Coup, Riley has woven music making and social activism together throughout his career, and was involved with groups like Occupy Oakland and The Young Comrades. Riley made his directorial debut last year with the film Sorry to Bother You, for which he had already written the screenplay that inspired The Coup’s 2012 album of the same name. Sorry to Bother You is an autobiographically-inspired dark comedy set in an alternate reality of Riley’s hometown of Oakland, CA, and follows a protagonist who is forced to choose between succeeding in the corporate world and working toward labor organizing.

Find more information on Revolution is the Solution on the event’s Facebook page. Admission is free and on a first-come basis; register here. In preparation for this event, Penn’s Institute of Contemporary Art will host a free screening of Sorry to Bother You on March 22 at 4 p.m.