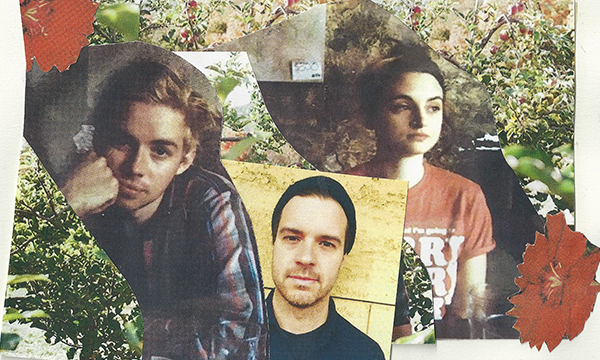 Every day leading up to Valentine’s Day this year, The Key is recapping 14 songs that scream “love” just as strongly as they scream “Philly.” The Essential Love Songs of Philadelphia continues with “Lucy Stone” from Katie Ellen’s 2017 album Cowgirl Blues.

Though she was born 200 years ago, it’s still possible to find heaps of inspiration in a historical figure like Lucy Stone. The 19th century activist was among the early feminists, fighting first for the abolition of slavery and later for women’s rights and suffrage. She was also one of the first high-profile women to keep her last name when she married — a bold move in 1855. In Lucy Stone’s story, Katie Ellen found the name for a song, and it’s the modern day feminist anthem we didn’t know we needed.

With “Lucy Stone,” songwriter Anika Pyle digs into the sexist social expectations that have stuck around even as times have changed. Even with a society that’s moved further toward equality, there’s a gray area when it comes to personal relationships — plenty of people are happy to conform to patriarchal social norms without question, but what are the folks who view marriage as a “social economic prison” to do? As Katie Ellen reveals, traditional parameters are not so easily shed.

The song tries to reconcile falling in love with holding onto independence and individuality, a contradiction that weighs on the narrator’s conscience as she shares her internal debate of whether love’s worth compromising for. Around the time that Cowgirl Blues was released, Pyle said of the album, “It represents, to me, the reimagining of identity and the search for personal truth, a process that can be harrowing if you discover that what you want defies people’s expectations of your gender, your sexuality, and your future.” She captures that need for personal truth in “Lucy Stone,” shedding light on a reality we don’t often acknowledge while rewriting the rules of how love should look — “We’re in love / I am not afraid to tell you,” Pyle sings, but “I will never call you mine.”

So how does a person exist in a relationship without conforming to the expectations of others, be it family, society or even our own deeply internalized ideologies? It’s a question without an easy answer, but sometimes the best solutions are the simplest ones. The conclusion “Lucy Stone” comes to in the end is practical, as the narrator realizes that the relationship in question may not last forever, so she may as well enjoy it while it does — “nothing is forever / it’s stupid to think so / so love me until one of us wants to be left alone.” The real Lucy Stone probably didn’t envision ideological questions like these still existing a couple centuries down the line, but when Katie Ellen breaks it down, there’s never a moment of doubt that as the world continues to move forward we can redefine the rules.