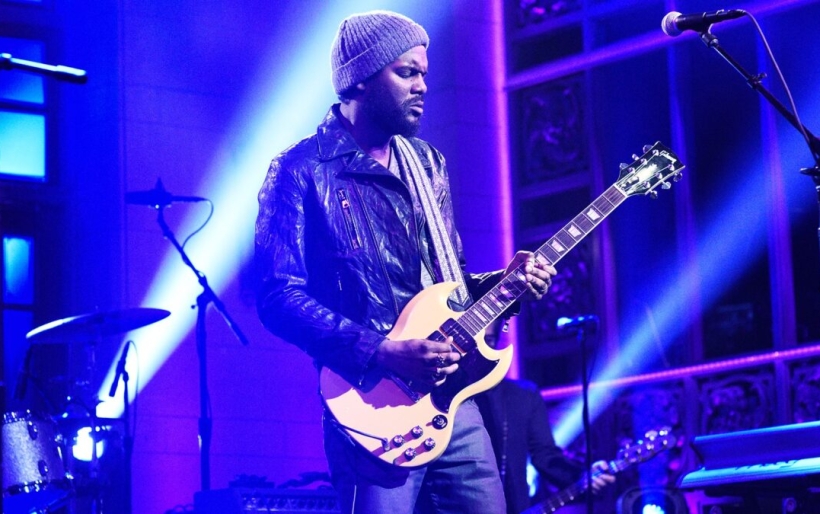 Saturday Night Live has had a fairly strong roster of musical guests this season — this past weekend, we got to see XPN favorite Gary Clark Jr. make his debut on the stage of Studio 8H. The Texas blues rocker appeared on the Don Cheadle-hosted episode to perform two songs off his forthcoming album This Land, starting off with the falsetto-heavy “Pearl Cadillac” followed by the powerful title track. It’s always surreal to see a familiar artist on the iconic stage, and at four and a half minutes each, Clark’s performances got quite a bit of screen time.

It must’ve been a pretty cool experience for Clark, too — post-show he shared a photo on Instagram remarking on the experience, and wrote “My life is different now. Call me Sir, don’t look me in the eye when I walk past you and only blue m&ms in my dressing room.” But even more importantly, the national TV appearance gave Clark an even bigger platform to share the message that’s integral to his music, especially with the evocative “This Land” — with Gary Clark Jr. as the musical guest, it’s not just the sketches providing political commentary on SNL.

Watch video of both performances below. This Land is out March 1 and Gary Clark Jr. headlines The Met on March 29; find tickets and more information on the XPN Concert Calendar.

I played @nbcsnl last night. My life is different now. Call me Sir, don’t look me in the eye when I walk past you and only blue m&ms in my dressing room. Thank you. 😂 real talk tho: I love you all. Thank you for supporting me through the years. I had a birthday. Made the big 35 celebrated Valentine’s Day, a birthday and a very special moment live on TV. If you’re reading this I love you more than you know. 🙏🏾🙌🏾👊🏾✌🏾