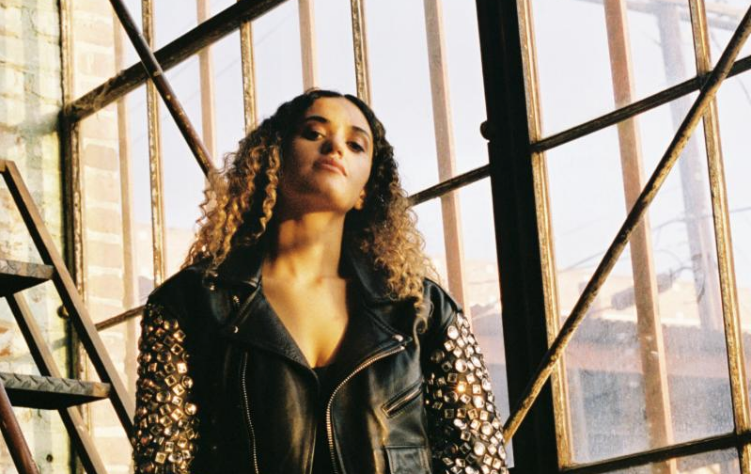 Empress Of | photo by Adam Elramly | courtesy of the artist

This Is Us: In Conversation with Empress Of

As Empress Of, Lorely Rodriguez crafts precise, deeply personal electronic pop that’s both specific to her own life experiences and relatable for any number of listeners who have had their own. That ability for her music to take on more collective significance is mirrored and magnified with her sophomore album, Us, which found her branching out sonically and thematically to explore the fruits and feelings that come from working with and opening up to others after the emotional autonomy of her 2015 debut Me. Ahead of her show at Boot & Saddle this Wednesday, Lorely and I talked about that shift and all that went into and came out of it…

The Key: So how did we get from Me to Us? Obviously there is a bit of a conceptual shift with the new album, one focused more on community and collaboration.

Empress Of: Yeah, I kind of knew pretty soon into writing my second album that I was going to call it Us. It was just my headspace with music and my personal life. I had moved from New York to LA and I was closer to my family. I was working on other people’s projects. I worked on DJDS’s album. I worked on Dev’s (Blood Orange) album, Freetown Sound. The shift just felt very natural to me after being very isolated and trying to hone in on my sound with my debut. I didn’t need to repeat those steps this time.

TK: You can also hear a shift in the album sonically. Everything is a little bit brighter and bubblier, for lack of a better term. Was that a conscious decision as well?

EO: I think it’s just the nature of collaborating, having other people’s sounds on the record. Also I think I was in a very good place and just wanted the songs to reflect that.

TK: How did the shift in environment, from New York to Los Angeles, impact the recording process for this album?

EO: Well LA can be a very isolating place. You’re not constantly confronted by people all the time. I had a lot more time to myself to figure out what I was making. I also grew up in LA, so I was constantly reminded of things from my childhood. My mom also lives fifteen minutes away from me so that whole aspect of it put the experience way closer to my heart.

TK: Speaking of that, you list your mother as one of your key influences in your life and your art. What are the most important lesson or lessons from her that you bring into your music?

EO: I’d say her work ethic. She’s from Honduras, an immigrant working really hard. She’s also a single mom. That was one of the most important things I took from her, having this incredible work ethic, working for your own success and not expecting to have anything handed to you.

TK: I think that’s wonderful. As for other influences, I love that you cite Mariah Carey and Celine Dion as formative artists from your youth.

EO: Awww yes. I love them. The way Celine has transformed into mainstream culture is insane. I feel like, aging through your career, it’s hard for people to find what the next transformation is. She’s just become even more of an icon, especially in how she’s embraced fashion. Have you seen her Instagram?

EO: That picture of her wearing Balenciaga on the ambulance stretcher is so crazy. It’s like art!

TK: Yes! Is she an influence on you fashion-wise as well?

EO: She’s not an influence on my fashion. She influences me in how she doesn’t give a damn what people think about her.

TK: That’s a very good quality to have.

TK: I wanted to talk about your songwriting. Your songs have this quality that’s somehow very universal, but also very specific and evocative. Do your lyrics all come from personal experience? What goes into your process?

EO: I write a lot of autobiographical songs. On this record, I tried to write songs that weren’t about my life, that were fictional, and it was really hard for me. Someone I respect who does that really well is Mitski. She sings about relationships with husbands, and she’s not married. But the songs are so good and believable. I can’t do that, so my songs are very much about my life. Sometimes, a lot more on my first album, I’ll write lyrics that are so descriptive that it’s kind of excluding, a little bit. It’s very much about moments in my life.

TK: I read that your first album’s songs were harder to perform live because you were putting so much of yourself out there and you wanted to create a more communal space in concert. How will your shows achieve that with the new songs, or what will be done differently on stage?

EO: It’s funny that I said that, and now these new songs are like new stories in my life. They’re their own experiences to perform. It can be hard, but also really joyful. I’m shaping the show out in a very interesting way that I haven’t done before. I’m more influenced by rhythm than anything right now, how it moves in the show by starting out slow and then speeding up into dancier tempos. I’m really into not stopping between songs, weaving everything into each other. I’m very influenced by DJ mixes. I haven’t performed these a lot yet so we’ll see how it goes.

TK: You’ve also been directing your own music videos for this album. I’m particularly taken by what you did for the video for “When I’m With Him”. What are some of your inspirations as a director?

EO: I like the style of “When I’m With Him” feeling like a documentary. Everything was show on handheld cameras. It was shot where I live right now in Highland Park. I wanted it to feel reminiscent of how I grew up, like a dream state remaking of my childhood.

TK: After all of the shifts between albums, is there anything you would convey to the Lorely of Me, knowing what you know now?

EO: I wouldn’t really say anything to my past self, because everything I went through was part of the process. Everything is really important. I actually think on the second album, because I had those experiences from first album in terms of my songwriting process and production process, I felt more pressure to get to the songs faster. I just tried to remind myself, knowing my Me experience, that everything needs its own time.

Empress Of headlines Boot & Saddle on Wednesday, February 20th. More information on the show can be found at the XPN Concert Calendar.